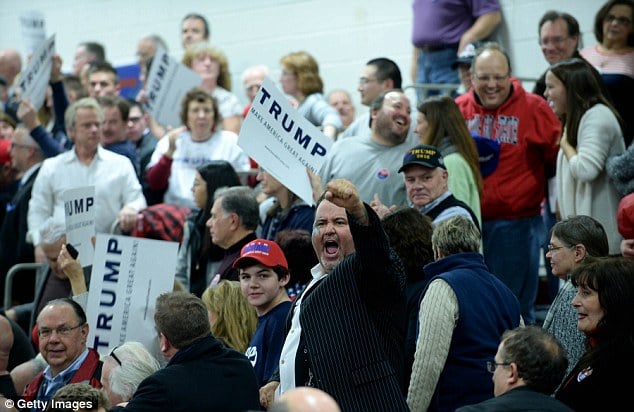 Another day, another rally, another protester, another violent attack on said protester by a rabid member of the SS crew.

So is the life of the modern Donald Trump.

At a Trump rally in New Hampshire on Monday, a protester who shouted “fascist” during Trump’s speech was violently attacked by a massive man with a classy facial tattoo who was reportedly celebrity boxer Todd ‘Punisher’ Poulton.

Here’s to hoping that the young protester presses charges against the lunk of a man.