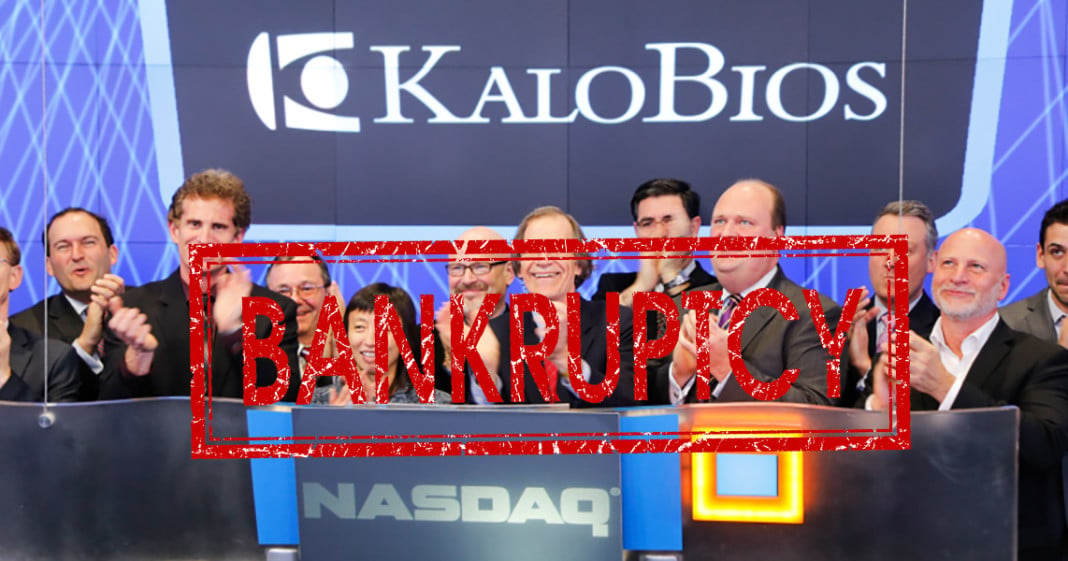 Only two weeks after Martin Shkreli was, to the delight of many, placed under arrest for securities fraud, the KaloBios drug company he only recently took over is pursuing bankruptcy protection.

Former hedge-fund manager Shkreli recently received major media backlash when Turing Pharmaceuticals, under his direction, raised the price of a medication designed to treat parasitic infections most common to pregnant women from $13.50 to $750 a pill.

A prime example of the greed and corruption in the pharma industry, Shkreli’s downfall is satisfying to say the least and has left KaloBios and Turing in a scramble to pick up the pieces.

Turing, though laying off and lacking a CEO, isn’t in as critical a condition as KaloBios, which in light of the arrest is being delisted from Nasdaq and its shares suspended. During its Chapter 11 filing, KaloBios estimated assets and liabilities between $1 million and $10 million.

Though they hoped Shkreli’s involvement would help restore the struggling company, his shady business practices turned out to be the final nail in their coffin. Yet, in an attempt to resurrect, KaloBios is doing everything it can to continue profiting using public policy.

Though the recent events surrounding Shkreli sparked investigations into the practices of several pharmaceutical companies, including Turing, and greedy rich-boy Shkreli is finally facing some potential punishment, drug prices are still steadily rising and the unregulated hike in pill prices continues to pose a problem.