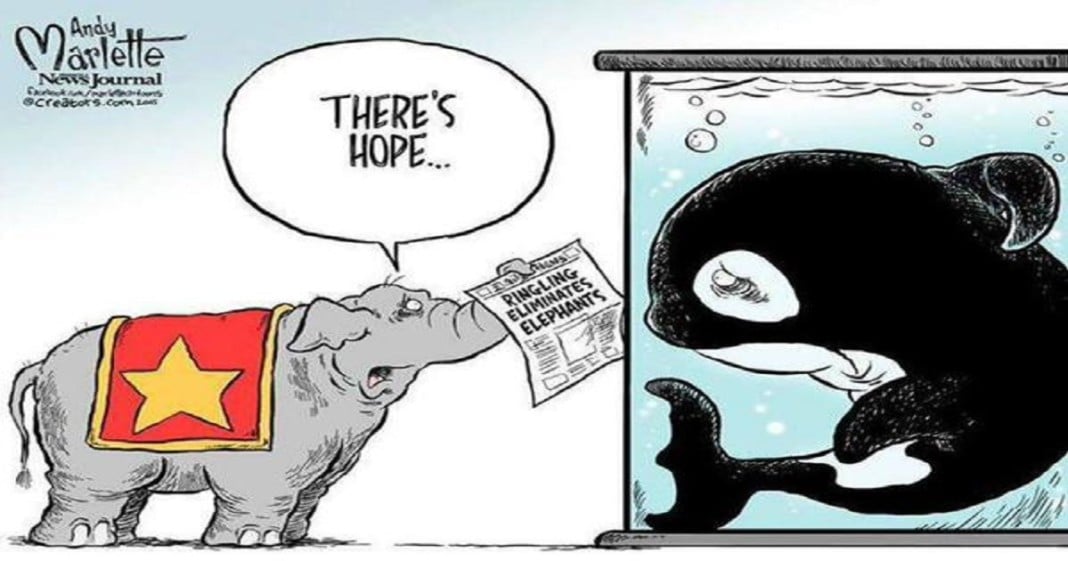 Sea World San Diego who was recently barred from killer whale captive breeding is fighting the ban, arguing that the California Coastal Commission does not have the authority to interfere with the breeding program as it is not occurring in coastal waters.

In addition to banning any captive breeding, the ruling also prohibits the purchase, sale, or trade of whales at the facility.

“The orcas are not, in any way, part of the coastal or marine environment. All of SeaWorld’s activities with respect to the care, breeding and transportation of orcas occur onshore in the orca pools and not in the marine environment and are specifically governed by federal law.”

Sea World has been the subject of intense scrutiny since the popularization of the documentary “Blackfish,” which accused the aquarium-based theme park of cruel practices involving its killer whale habitats.

Public support for the whales has been strong and the general feeling is that Sea World is shortening the lives of these majestic creatures and causing them intense emotional and psychological distress through their breeding, captivation, and training.

Some of the grievances include the belief that captivity is inherently bad for the whales, with inadequately sized enclosures, forced cohabitation with whales who are not in their pod and therefore often violent, forced separation between mothers and their offspring which causes intense and prolonged anguish, a stunted lifespan, and in many cases, a complete and intense psychological break, with some whales becoming violent towards humans.

The societal advantage of having live animals in zoos and aquariums has long passed. Unless animals are obtained through rescue and rehabilitation, these companies should not be able to possess animals that they cannot adequately care for.