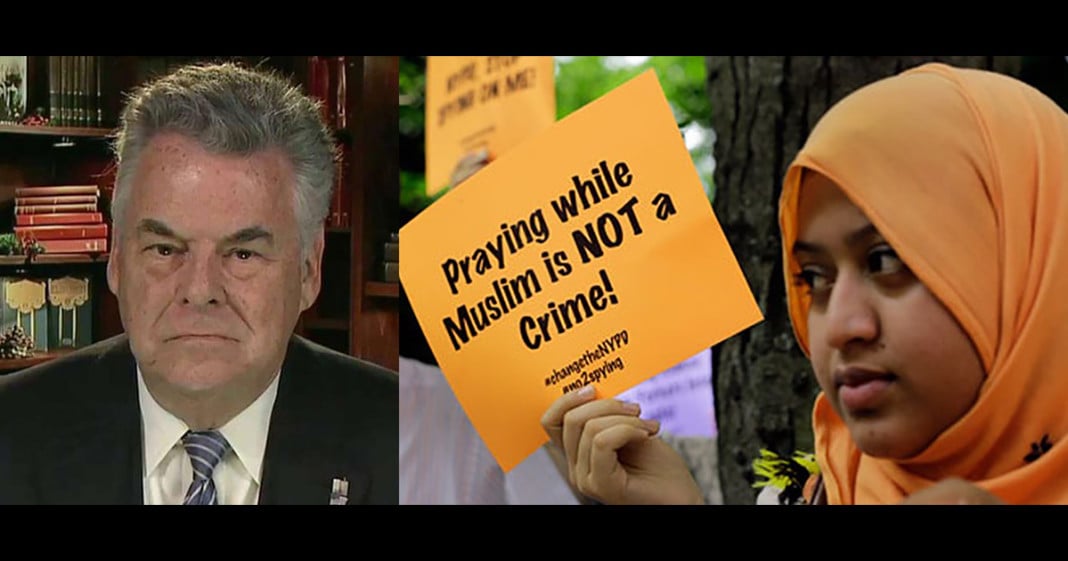 In an effort to defend his call for “24/7 surveillance” of mosques, Congressman Peter King brought the hate speech home to Fox News, claiming “that’s where the threat is coming from.”

Although King conceded that the majority of American Muslims are “good people” and bragged almost comically about his “good friend,” the first elected Muslim in Long Island who he would soon be swearing into office, he stood by his assertion that infringing on the constitutional rights of the American people is not only acceptable, but necessary.

King came armed with historical justification for his ridiculous proposition, citing past attempts to out mob members through governmental surveillance of Italian and Irish communities. However, his history lesson conveniently failed to mention any of the embarrassing and atrocious effects of political scapegoating and national xenophobia that pepper our nation’s history.

Despite the fact that similar surveillance tactics used in New York mere years back were deemed unsuccessful and discriminatory, led to a massive lawsuit, and never provided a single lead, King argued that the only thing standing in his way was political correctness.

Though it has become popular among right-wingers to dismiss concerns raised regarding their tendency toward bigoted policies as cultural sensitivity, King stepped the flippancy up a notch when he told Chris Wallace of “Fox News Sunday” that the civil libertarians and constitutionalists who might oppose him can “cry all they want.”

But don’t worry folks; Mr. King’s plan might involve a large scale violation of citizens’ rights, but he assured us that his plan for spying on mosques is “nothing against Muslims.”