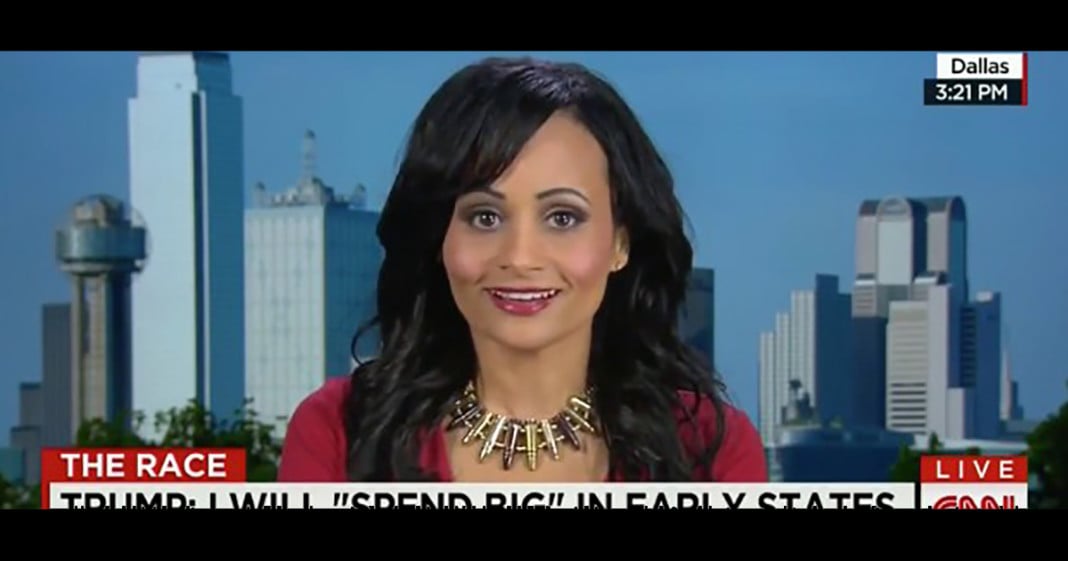 A Trump spokeswoman’s aggressive accessorizing during a recent TV interview has officially taken the right-wing gun obsession to a new level.

Katrina Pierson, in what was obviously a blatant appeal to the gun obsessed and a desperate plea for attention, donned a necklace made of bullets before making an appearance on CNN last night.

Having found a way to pander to their voter niche without even speaking, Pierson’s attempt to incorporate a political platform into her personal appearance may have resonated with rednecks but left the rest of the viewer’s somewhere between confusion and disgust.

Such a lack of subtlety in her attempt to capture the attention of gun toting conservatives is offensively transparent, but the choice to pull such a stunt during a time in which news outlets were dominated by talk of the Tamir Rice tragedy and similar stories of gun violence show an even more upsetting lack of tact.

When asked by Jim Scuitto via social media about her second amendment inspired adornment and the potential message behind it, Pierson tweeted  vapidly that the piece was made in Texas from real ammo, adding “Support your local small business owners!” and “#Trump2016”

Even if we give her the benefit of the doubt and assume Pierson misunderstood the term “statement piece” to mean “political statement piece” the decision to wear ammunition around her neck is still just as scary and strange as the man she’s speaking for.