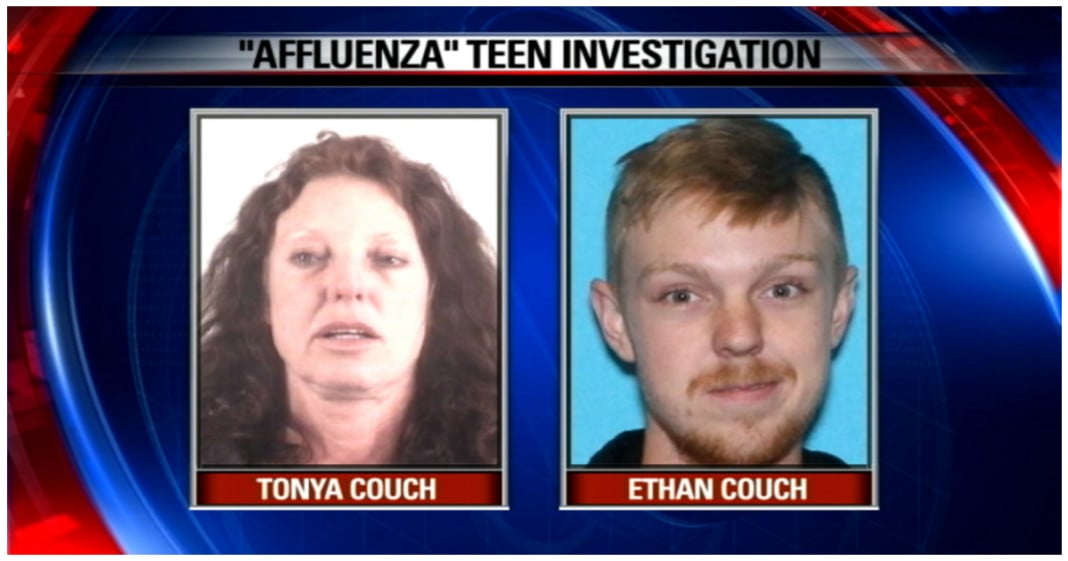 Any mother can understand the strong urge to protect your child; it is a biological imperative. Yet most mothers also understand that when their children have committed heinous crimes against humanity, they must suffer the consequences of their actions. That is, of course, as long as the mother and her child are not victims of the dreaded disease of “Affluenza”

We haven’t yet heard Tonya Couch’s account of why she ran away with her son in the dead of night, helping him dye his straw blond hair a shabby black, but clearly Couch felt that her son needed to be protected from the U.S. Government, rather than paying for his crimes.

While Ethan Couch will most likely face no more than 120 days in jail for his violation, Tonya Couch has been charged with hindering the apprehension of a juvenile, and if convicted, faces between two and 10 years in jail.

Whether Couch will find the same refuge from the law that her son received is still in question.

“Affluenza Teen” Ethan Couch Detained In MexicoThe “affluenza” teen has been found hiding in Mexico, authorities detained him for violating probation and fleeing the country