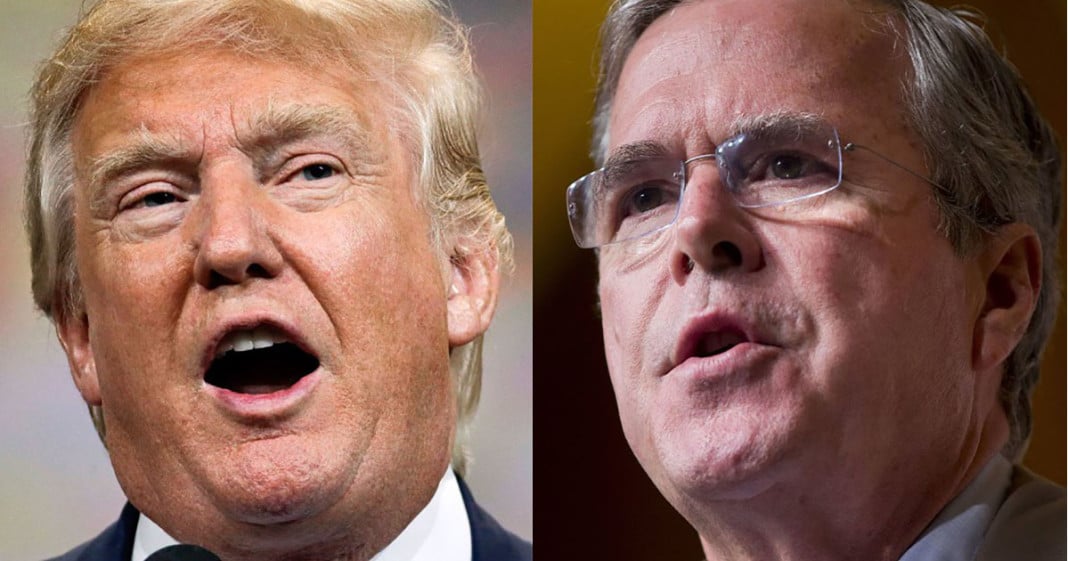 Jeb Bush has been told he must appear tough to help climb in the polls. The best he could do was challenge frontrunner Donald Trump to a one-on-one debate.

“Donald, I’ll take you on one-on-one in a debate, any time, any place,” boasted Bush after being asked what he’d like to say to the “chaos candidate” if he were to walk into the room at that moment. Tough talk, Jeb.

This proclamation by Bush follows his recent increase in anti-Trump talk seen throughout the GOP media coverage. In attempting to display his new (and fake) aggressive personality, Jeb’s threat to debate Trump was followed by his real, meek personality when he declared “selfies” the 11th amendment of the bill of rights, while posing with his iPhone-wielding supporters after a Florida rally.

Jeb you need to face the facts. You don’t have the passion to inspire your right-wing, hater base.