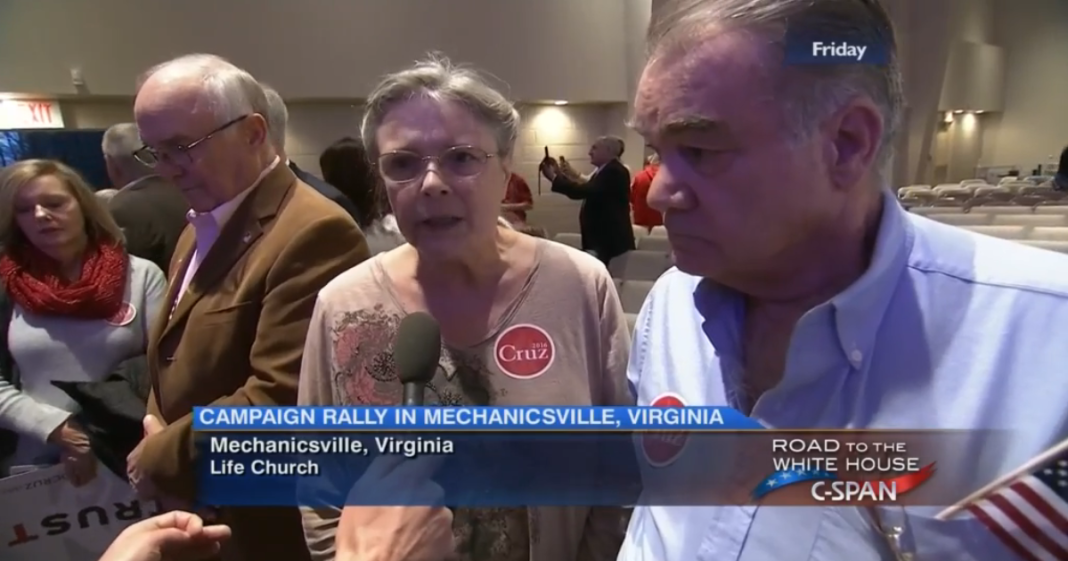 Shortly after a Ted Cruz campaign rally in Mechanicsville, Virginia, C-span interviewers talked with a line of Cruz supporters to see what their reasons for supporting Cruz might be.

As expected, their beliefs were peppered with Fox News talking points and Donald Trump quotations.

“We don’t need a president like Obama no more. He’s ruined our country, he’s ruined Christmas, he’s let the Muslims in. We can’t say that word, we gotta be ashamed of it, and we’re not ashamed people, we’re proud people, and we’re gonna take our country back. So watch out, Obama, we’re comin’.”

When asked how Obama has ruined Christmas, the wild-eyed woman said,

“[Obama has] scared the little children. They’re not allowed to have Santa Claus in the schools where, y’know, it might offend the Muslims. Well, what about them offending us, y’know? It works both ways.”

Do these people know that they are puppets? The GOP had better send them their paychecks for their spot-on performance.

Watch our commentary on how this insanity is culminating in the 2016 GOP presidential race: