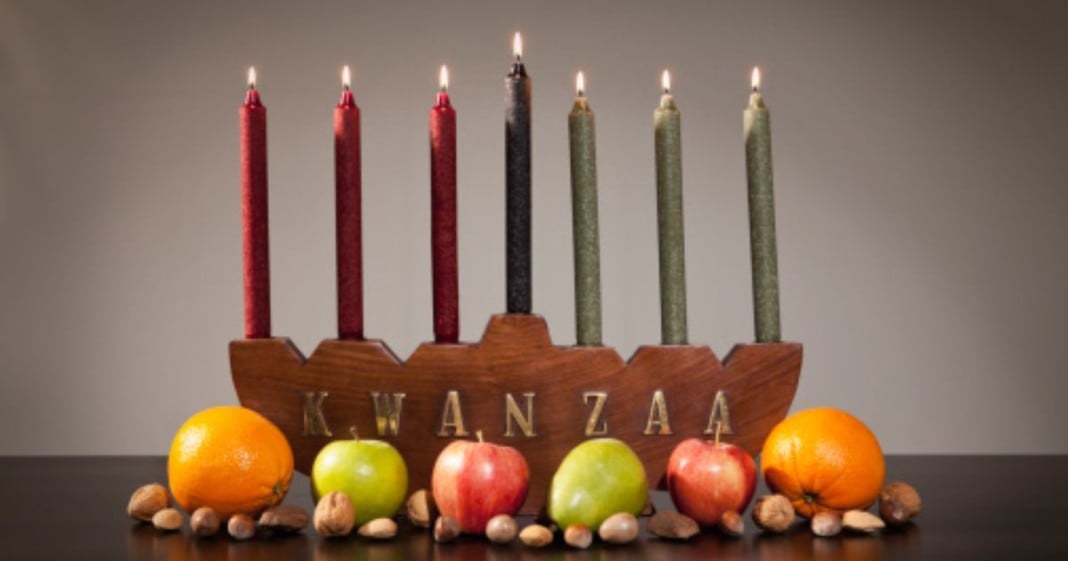 When President Obama and his family addressed troops at the Marine Corps Base Hawaii in Kaneohe Bay, the president failed to give lip service to the African-American holiday of Kwanzaa. Of course, the GOP was too busy manufacturing the War Against Christmas to bother with noticing.

It is not really surprising that the president failed to bring up the holiday alongside his other greetings.

“Hello, everybody! Merry Christmas! Mele Kalikimaka! Happy New Year! Happy Hanukkah! We just want to — hope you guys are having a great holiday. And it is wonderful to see all of you. This is one of our favorite things to do every single year, because not only are we in Hawaii for Christmas, but we’re also able to say thank you on behalf of the American people.”

Kwanzaa has seen better days. Having been at its prime in the 80’s and 90’s, the number of people in America who celebrate Kwanzaa these days is around 2 percent.

The president and the first lady did release an official statement on the first day of Kwanzaa, sending their best wishes and giving a brief summary of the holiday.

Clearly, it’s time that we launch the official War on Kwanzaa. We’re calling on you, Fox News!