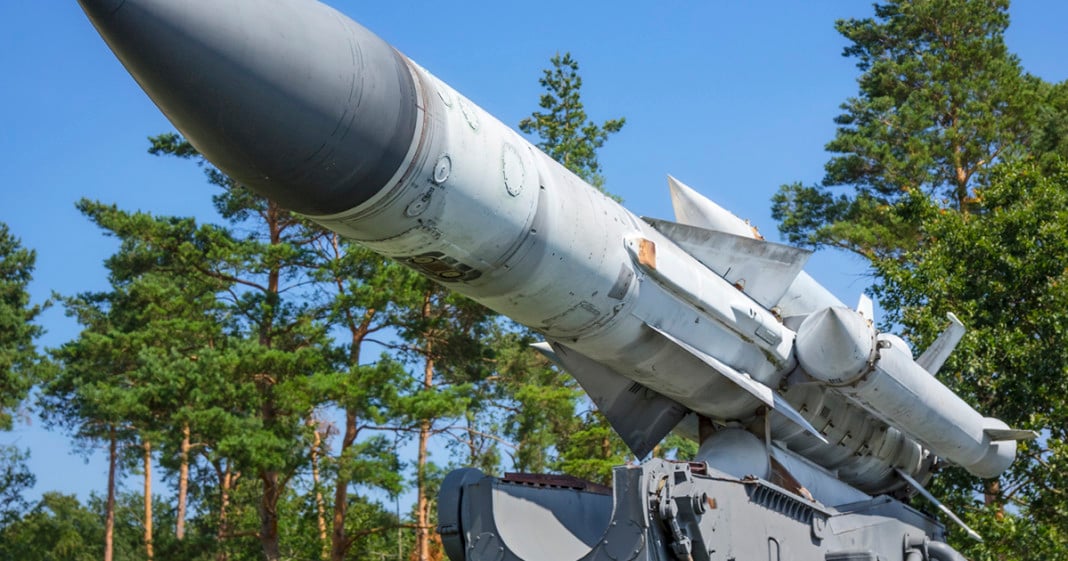 There was a time when America’s greatest exports were high-quality consumer goods, such as automobiles and textiles. Today, most American manufacturing has been outsourced to Chinese and Latin American sweatshops. However, there’s still one thing that the U.S. does extremely well: design, manufacture and export the finest killing machines and equipment of any nation on the planet. Furthermore, our nation’s defense industry sells more of them than anyone else in the world.

This windfall for fine corporations such as Lockheed-Martin, Northrop Grumman, Boeing and others is due largely to recent contracts with their three biggest customers: South Korea, Qatar and our reliable Middle Eastern “ally”, Saudi Arabia. Despite the fact that global weapons sales have leveled off and more companies are jumping into the industry in order to get their piece of the pie, U.S. weapons sales rose from $26.7 billion to $36.2 billion in 2014 – representing an increase of 35%.

While the U.S. is leading the parade of death and destruction, it’s not marching alone. In second place is Russia, having sold $10.2 billion worth of weaponry (a slight drop from the previous year), followed by Sweden, France and China.

The Congressional study in which these figures were presented finds that a weakened global economy has led to much slower sales. In fact, despite a slight increase in global weapons purchases (approximately .03%), the study found that “the international arms market is not likely growing at all.”

This state of affairs has in turn increased competition among weapons manufacturers.

And the U.S. is coming out on top. While the country is crumbling from within, those with connection to the weapons industry are swimming in pools of champagne, nibbling on truffles and fine caviar while riding aboard their private jets and luxury yachts, financed by blood-soaked dollars. It’s not likely to change, either. Weapons manufacturers are offering great deals, such as flexible financing (making certain their customers remain debt slaves for decades), co-production agreements, and counter-trade agreements (essentially, a form of in-kind payment or barter).

Of course, as private, for-profit corporations, defense manufacturers are under no obligation to turn their resources toward rebuilding the country and developing technologies that would promote peace and prosperity for all. Nonetheless, it is a sad commentary on the values of those who control and operate those industries. Not long ago, the defense industry was celebrating terrorism and how the ongoing struggle against ISIS and other terrorist organizations was filling their coffers with wealth the ancient Lydian King Croesus could only dream about.

This represents a real disconnect between American values of peace, justice and life, and the mentality of those who run and profit from what has become our primary industry. How did we get here?

Much of it is the result of the Cold War and the ensuing arms race between the U.S. and the Soviet Union that came in the wake of the Second World War. Over the four-and-a-half decades following the end of that conflict, both sides made it a priority to furnish weapons to developing countries in their “proxy wars” around the world.  The arms trade essentially became a political tool for Washington D.C. as well as the Kremlin.

The Cold War came to an end in 1991. By then, however, the weapons industry had become too powerful. It was the fulfillment of President Eisenhower’s direst warning, which he gave in his Farewell Address in January 1961. Having seen the growth of the weapons industry from his early military experiences in World War I, as a general in World War 2 and as Commander-in-Chief during the Korean conflict, Eisenhower knew full well what was at stake. Acknowledging that the U.S. had “been compelled to create a permanent armaments industry of vast proportions,” he warned:

In the councils of government, we must guard against the acquisition of unwarranted influence, whether sought or unsought, by the military-industrial complex. The potential for the disastrous rise of misplaced power exists and will persist. We must never let the weight of this combination endanger our liberties or democratic processes.

Unfortunately, we as a people have failed to stay vigilant, have swallowed the lies of self-serving politicians who are little more than corporate lapdogs for the past generation, and allowed a corporate media to turn us from the Land of the Brave into a nation of people so terrified that we are willing to trade our freedoms for the illusion of security. As a result, Eisenhower’s worst fears have come to pass.

And the weapons industry is laughing all the way to the bank, wading through pools of blood.