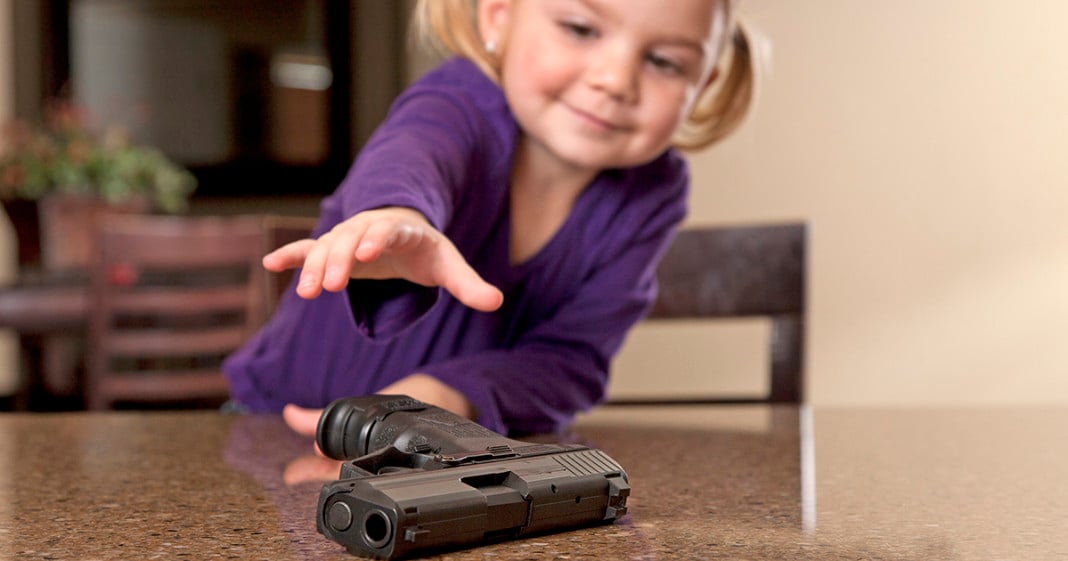 This Christmas morning a two-year-old was rushed into emergency surgery after being accidentally shot in the face by a member of her family. The girls’ uncle, Oregon native Luke Andrew Bowman, claimed that he unintentionally fired his .45 caliber handgun while attempting to use the gun cleaning kit he received that day as a gift.

Only six feet away when the gun went off, the toddler suffered a bullet wound to her cheek and was hurried to a Portland hospital in a LifeFlight helicopter. Luckily, the child is in stable condition and is expected to survive, despite the severity of the injury.

Charges are not expected to be filed against twenty-four-year-old Bowman, but Sgt. Boone of the Clackamas County Sheriff’s Office urges others to take the necessary precautions when handling firearms, including but not limited to unloading the weapon before cleaning, remaining under the assumption that the weapon is loaded at all times, and removing children from the vicinity when dealing with something as dangerous as a handgun.

Sgt. Boone added that “she’s a very lucky child,” however, she’d be luckier still had she been spared the trauma of a potentially fatal accident this holiday season.