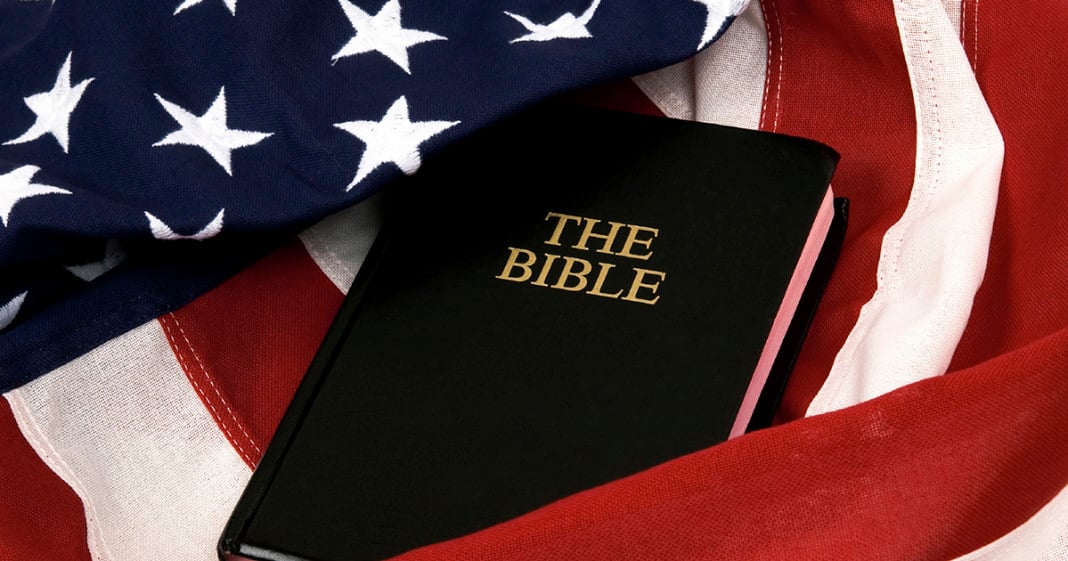 Thomas Jefferson is spinning in his grave. The First Amendment of the U.S. Constitution clearly states that “Congress shall make no law respecting an establishment of religion, or prohibiting the free exercise thereof.” So, if that is the law of the land, how is it that the Federal government is subsidizing organized religion to the tune of $71 billion a year?

It’s not just Christianity. According to a study from the Secular Policy Institute, simply taxing religious organizations of all sects and denominations in the same manner as other non-profit organizations would generate $16.75 billion a year for the U.S. treasury. Holding organized religion to the same standards as for-profit institutions would raise a whopping $71 billion a year.

Of course, what are the chances of that happening? According to the Pew Research Center, over 90% of House members and 81% of Senators follow some form of Christianity (Protestant, Roman Catholic or Eastern Orthodox). Most of the remaining members of Congress are Jewish, Mormon, Muslim, Buddhist, Hindu and Unitarian. Only one member of Congress is unaffiliated: Representative Kyrsten Sinema (D-AZ). Meanwhile, another Pew survey reports that just over 7% of Americans identify as atheist or agnostic, with another 16% identify as “nothing in particular.” 70% of Americans consider themselves Christian.

In other words, while nearly one-fourth of Americans belong to no religion at all, the unaffiliated have virtually no representation in Congress. Article VI, Paragraph 3 of the Constitution clearly states that “no religious test shall ever be required as a qualification to any office or public trust under the United States” – but for some reason, a declaration of religious faith has become a requirement for anyone hoping to be elected to office. The Pew Research Center reports that:

Although identifying as religiously unaffiliated does not necessarily mean one is atheist, politicians may be wary about such an association. About half of Americans (53%) say they would be less likely to support an atheist for president.

Small wonder that religious institutions are being given a free pass when it comes to contributing to the national treasury. (Ironically, many of those who would not vote for an atheist are the same ones who go on and on about the Constitution – and who have never bothered to read the document.)

The Pew report notes that “religious organizations fall into the category of ‘charitable’ entities” – and in many cases, that status is questionable. For example, the Church of Jesus Christ of Latter Day Saints (Mormon), an organization currently worth an estimated $40 billion with an annual income of $8 billion, spends a mere 0.7% of that income on charity. About 29% goes toward other types of assistance to the poor, while “operating expenses” account for 71%.

Now, let’s do some comparisons. While the Mormon Church spends less than 30% on assistance for low-income families and individuals, the American Red Cross spends over 92% – while spending less than 8% on operating expenses. Even Wal-Mart gives approximately $1.75 billion in food aid to charities ever year – which is twice what the  Mormon Church has given since 1990!

Now, let’s consider “spiritual charities.” This is where organized religion falls short. Employees of a religious organization must still pay taxes on their wages and salaries, but members of the clergy (ministers, priests, pastors, rabbis and imams) get many tax deductions that others do not. Their jobs are to pray for intercession on the part of a deity, perform rituals, comfort, educate and counsel members of their congregations. That is what they are paid to do. Those may be important services to members, but they do not constitute “charity.” Yes, many religious organizations do provide charity, but that is not their main purpose – nor do they do as much charitable giving or provide nearly as many charitable services as the public perceives.

All of this seriously begs the question of whether or not organized religions – which benefit from police protection, energy and water infrastructure, paved roads and streets and more – actually deserve their tax-exempt status. The issue is hardly new. During the late 13th and early 14th Centuries, King Philip IV (“The Fair”) of France incurred the wrath of Pope  Boniface VIII when he attempted to impose taxes on French churches, monasteries and abbeys. True charities are – and deserve to be – tax exempt. Churches, synagogues and mosques, their purpose being to provide comfort and spiritual counsel, do not deserve this status.

One of the problems is that there is no clear delineation between religious institutions’ spiritual services and their charitable work. The Secular Policy Institute proposes a solution: religious organizations should be required to separate their spiritual activities from their charitable work. Those charities would continue to enjoy tax-exempt status, while the organizations themselves would be subject to taxation, just like any other civic, recreational or volunteer organization.

Considering the number of legislators who claim membership in a religious organization (some of whom would just as soon see the U.S. become a theocracy), this is unlikely to happen anytime soon – and the rest of us, religious or not, are going to continue picking up the tab.