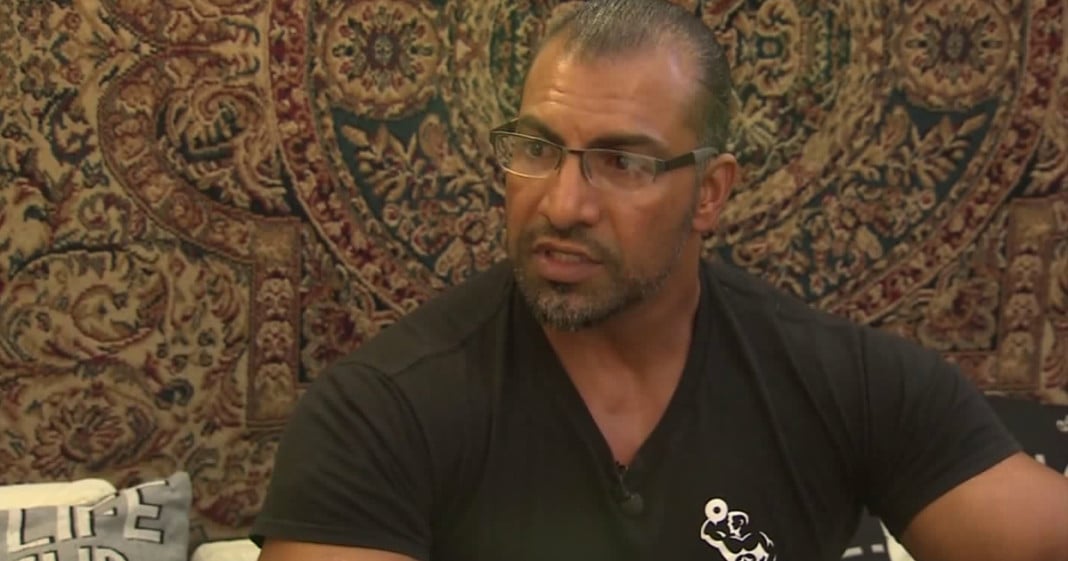 Bigoted, racist, pandering bigmouth Donald Trump hasn’t even secured the GOP nomination yet, and already his proposed policies are going into effect. Except those policies are not doing a damned thing to protect us from terrorist threats. All they’re doing is upsetting travel plans and schedules for Muslims attempting to fly into the U.S. on business trips or vacations.

Last week, Mohammed Mahmood and his family, all British subjects, were set to take their dream holiday. The Mahmoods had gotten permission to travel to the U.S. under a “Visa Waiver” program more than six weeks ago. The program would have allowed them to be in the country for up to three months without a visa. They had purchased their tickets (total cost: £11,000 BP, or $13,000 USD). Mahmood’s 10-year-old niece had even written a bit in her diary: “Mickey Mouse – I’m looking forward to seeing you tomorrow.” Next to the entry, she drew a picture of the famous rodent.

Just before boarding the plane at Gatwick Airport, however, a U.S. border control officer stopped them, informing them they would not be allowed to board the flight. The Mahmoods were given no explanation for this abrupt decision. To add insult to injury, the Mahmoods will not receive refunds for their tickets and have been forced to surrender items they have bought and paid for in the airport’s duty-free shops.

The Mahmoods are not the only British Muslims who have been barred from boarding flights to the U.S.  According to the U.K. Telegraph, there have been at least 20 more cases in which Muslims have been prevented from traveling to the U.S. It hasn’t done much to prevent any Islamic terrorists from attempting to slip into the country, but it has ruined travel plans for many law-abiding British subjects who just happen to be Muslims.

It has also drawn the ire of a member of Parliament. MP Stella Creasy has written a letter to Prime Minister David Cameron over her concerns about British Muslims being prevented from traveling to the U.S. for no legitimate reason. According to the U.S. Immigration and Nationality Act, there are over 60 reasons why someone from overseas can be denied entry into the U.S., including diseases, criminal records and failure to hold proper documentation. However, religious faith is not among those reasons.

MP Creasy has also demanded answers from the U.S. embassy in London. However, she has yet to get any response. PM Cameron has promised an investigation, however.

Mahmood told the Christian Science Monitor that he and his family were targeted because of terrorist attacks in the U.S. “They think every Muslim poses a threat,” he said.

It doesn’t help that the driver of the GOP Clown Car has been fanning the flames of Islamophobia, calling for a ban on Muslims entering the country and even going so far as to call for the mandatory registrations of all Muslims in the U.S. – a chilling echo of the beginning of Hitler’s “Final Solution.” Even more shockingly, at least 2/3rds of GOP voters actually support Trump’s proposals.

Mahmood and others like him believe that Trump’s toxic rhetoric is actually influencing U.S. immigration policy. He said, “It could be because of Donald Trump…otherwise, [why] would all of this spring up on us?”

The Department of Homeland Security told CBS News that  Mahmood’s brother had been refused permission to enter  Israel in 2013, and that his teenage son’s social media account has links to known terrorist websites. However, DHS officials deny that all eleven members of the family were blocked from boarding the Norwegian Airlines flight to New York.

MP Creasy told the press, “We should do more than shrug our shoulders at secretive American security policies that leave our constituents in such limbo.”  At the same time, the Muslim Council of Britain issued the following statement:

Whilst all countries have the right to issue and revoke a visa at their discretion, there is often distress caused to families when this occurs at the last minute without any reason provided. There is a perception that such decisions are being made due to the faith or political activism of individuals and this is particularly concerning for Muslim communities wishing to travel to these countries.

It doesn’t help that that the U.S. corporate media gives racist bastards like Donald Trump a very loud microphone with which to spread lies, distortions, and fear as he panders to the lowest common denominator of American society. The GOP front-runner is a contemptible liar, a fear monger and a blight on our nation – but unfortunately, his bombast appears to be having an effect on U.S. policy, despite the fact that he hasn’t even been nominated.

Heavens help us if Trump, through skullduggery, theft or simply because enough weak-minded individuals are willing to vote for him, wins the White House.

We have been warned in no uncertain terms…and this is just the beginning.