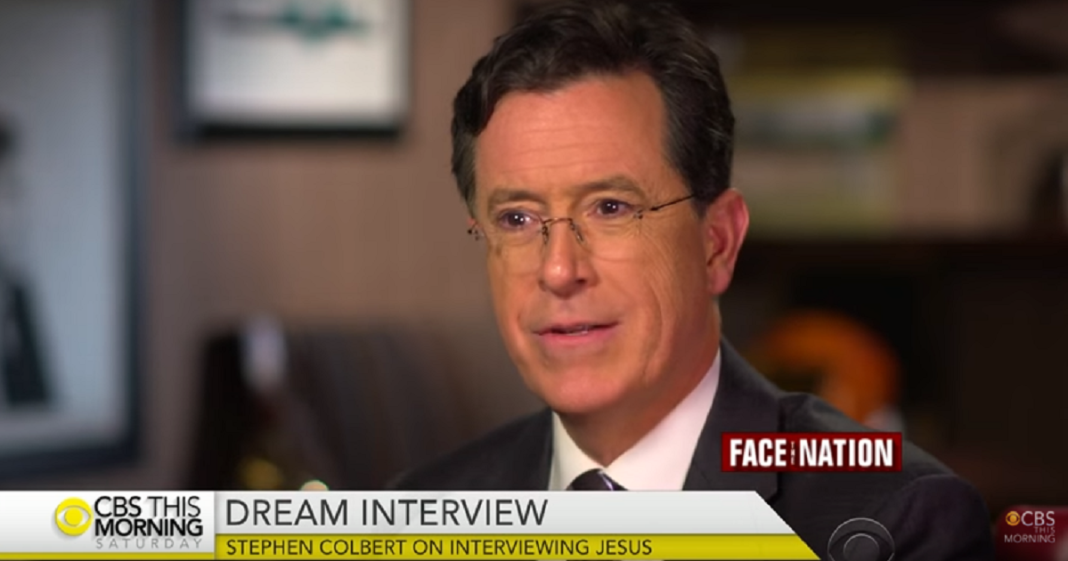 Stephen Colbert took a break from being the interviewer in order to be the interviewee in a segment of CBS’s “Face The Nation” set to be released on Sunday.

Host John Dickerson, referencing a comment Colbert had previously made, asked him what sort of questions he would have if he were to have Jesus in the hot seat.

Colbert, grinning a genuine smile, had quite a few questions for his religious savior.

It is refreshing to see this sense of genuineness in a religious man. Most often this sort of positive religious behavior is overshadowed by those who use religion to spawn divisiveness and hatred.