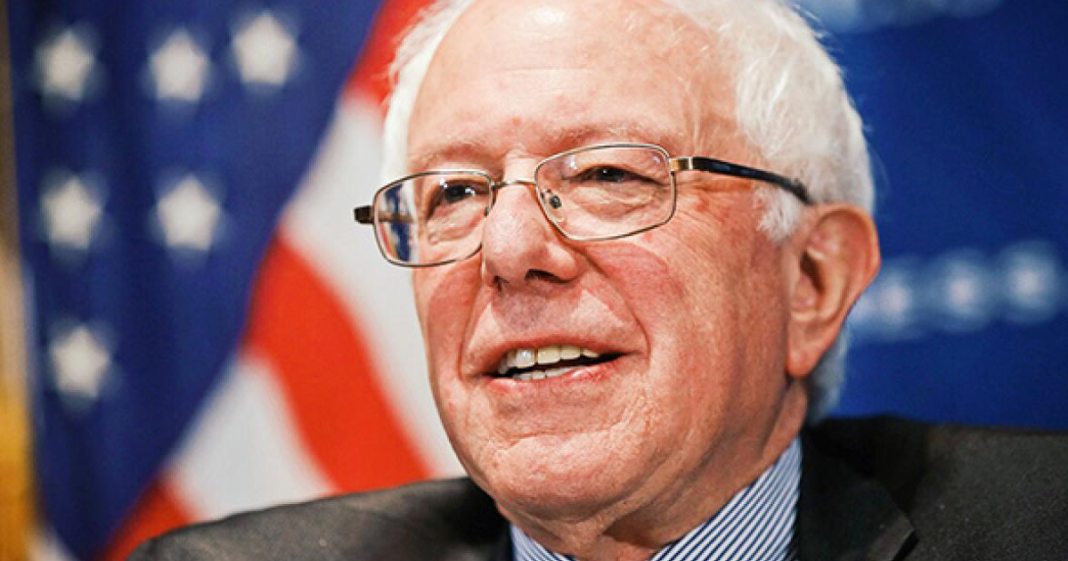 On Thursday, Senator Bernie Sanders made an appearance on New Day on CNN to talk with host Chris Cuomo about the media and his competitors in the presidential race.

Senator Sanders talks about how corporate media is aiding and abetting Donald Trump around every corner.

“I think it has to do with the fact that Trump is very smart. He knows that media is not so interested in the serious issues facing this country. They love bombastic remarks. They love silly remarks. I think this is more of an indictment of the media than it is Trump.”

The real gold quotation of the interview came later, though, as Sanders talked about why Trump was doing so well in polls in America.

“And Trump comes along and he says, ‘I’ve got the solution. And what the solution is Mexicans coming to this country. Let’s throw them all out. That will solve all our problems. It’s Muslims. They’re all terrorists. We have to hate them,’” Sanders said. “Well, that is not the solution to our problems. That is simply scapegoating minorities, playing one group off against one another. It’s what demagogues have always done.”

“But what we’ve got to do is come together and say, ‘Why is it that the middle class is disappearing?’ ” Sanders said. “And sometimes Chris, to be honest with you, it can’t be done in a six-second soundbite.”

You said it, Senator.