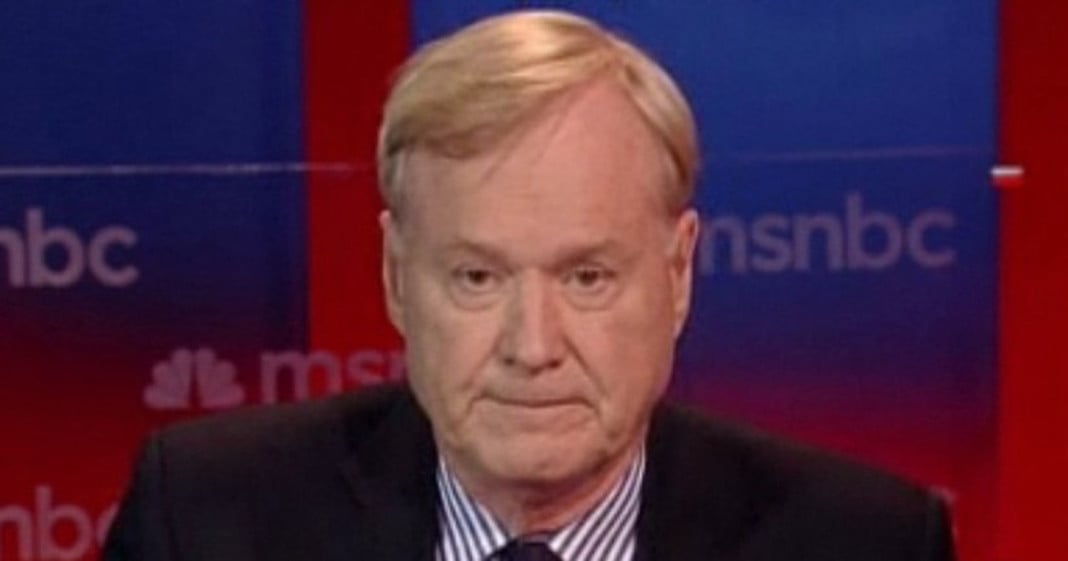 Chris Matthews, host of “Hardball” on MSNBC, tried to pretend that the reason that he and other news networks have been so obsessed with Trump this election cycle is because he isn’t following the rules of the standard presidential race, and that therefore his racist and xenophobic actions are somehow admirable, and even maybe heroic.

It is disgusting to see Matthews, hosting on what used to be a left-leaning news network, practically endorsing Trump with no sign of condemning any of his terribly dangerous comments.

Matthews seems to not realize that politics, like so many other jobs, is the sort of thing you shouldn’t hear about unless things are going wrong.

Just because most candidates are not spewing quotable soundbites 24/7 does not mean that they do not have real potential as a candidate.

Nice try, Matthews, but we’re not buying it.