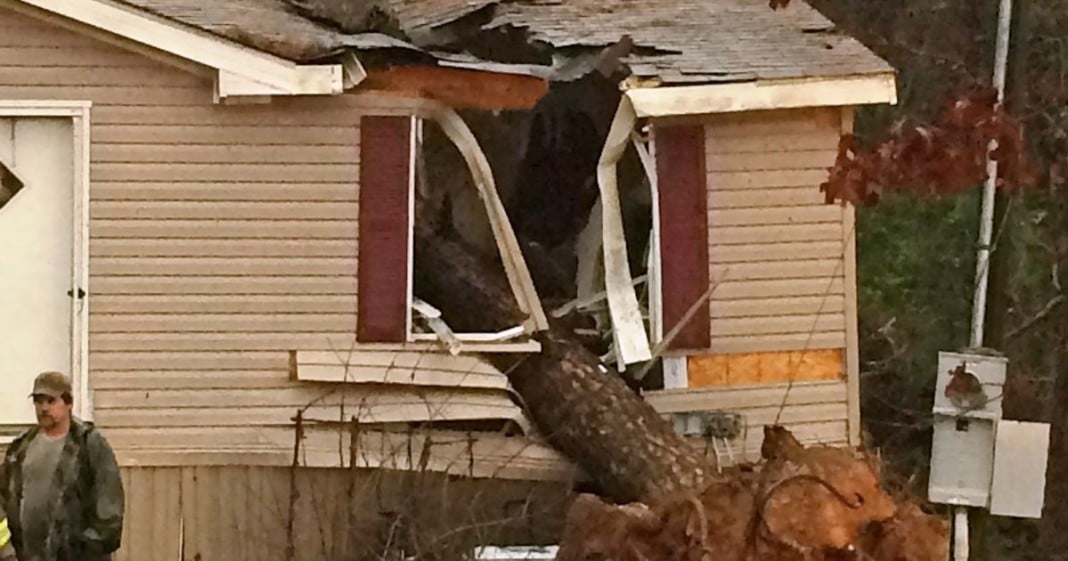 14 people are dead in the south after a Christmas Eve tornado left homes and businesses a mess of twisted rubble.

“Santa brought us a good one, didn’t he?” Bobby Watkins said as he and his wife took a walk amid the destruction in rural Benton County, Mississippi, where four people — including a married couple and two neighbors on the same street — were confirmed dead and their homes destroyed. “I may have lost some stuff, but I got my life.”

This sort of weather this time of year is unseasonably warm, lending to the conditions necessary to create destructive storms. El Nino is to blame for much of the unseasonably warm weather across the nation, but there is no doubt that climate change also plays a large role in this unusual weather.