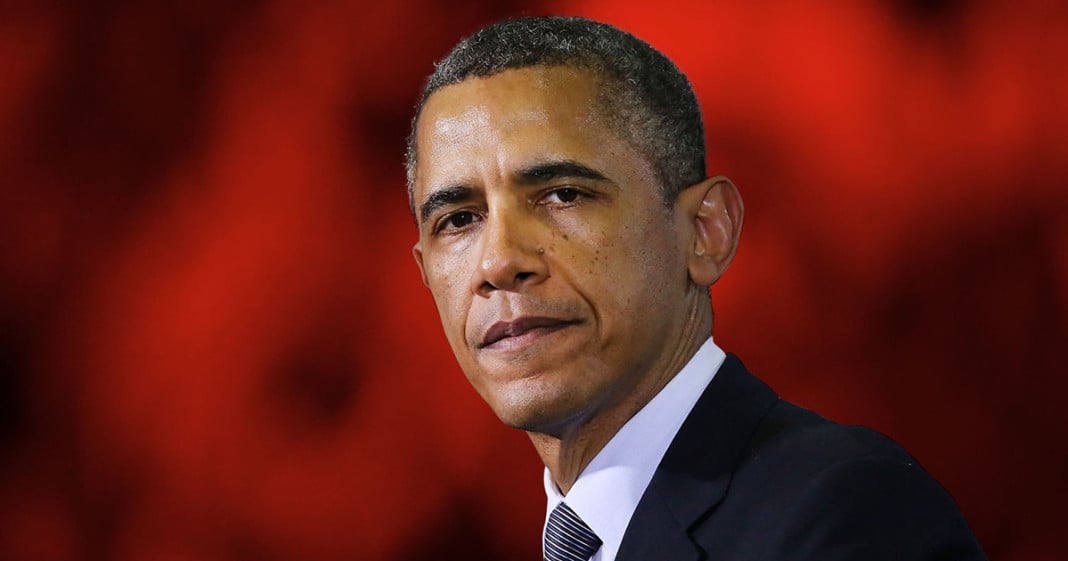 For Progressives, the Administration of President Obama has been a disappointment in many ways. Here at The Ring of Fire, we have had our own issues with Obama’s positions and actions on the environment, issuing permits allowing oil companies to drill in the Arctic, his questionable support for the secretive Trans-Pacific Partnership, his choice of a drug industry insider to head the Food and Drug Administration, and more.

Like all of those who have held executive office throughout U.S. history, President Obama is a flawed man. His promises of “Hope and Change” have fallen far short of what Progressives had hoped for nearly eight years ago. Nonetheless, there has been progress – and there are numbers to prove it. Before delving in to that question, however, let’s point out what President Obama’s job really is – and what he has had to contend with during his tenure in office.

Many American voters have the idea that the President has the ability to do virtually anything. It is one of the unfortunate reasons that voter turnout for off-year elections and local races is so dismal. Too many voters ignore the political process seventy-five percent of the time, then suddenly turn all their attention to the presidential races every four years. This is one major reason that the Green Party has been so ineffective. Once every four years, they trot out their candidate for President – but how much do you hear from them during mid-term elections?

This is a lesson that the right wing learned decades ago. Their strategy, played out over a fifty-year period, was to start by winning local elections, such as those for school boards, mayors’ offices and city councils. From there, right-wing Republicans went on to target state legislatures and gubernatorial races. The next step was to capture Congress. It was a ground-up, step-by-step process that was carefully planned and executed – and has almost succeeded.

Now, let’s take a look at the Office of the President. It is true that, as Head of State, the President has some significant powers. He (or she, as it may one day happen) commands the Armed Forces. S/he has the power to sign or veto legislation. The President may negotiate and enter into treaties with foreign governments. S/he can appoint ambassadors, judges and heads of federal agencies. However, these powers are subject to Congressional constraints; such actions must have the approval of Congress. This is an important aspect of American government that too few people understand (particularly since civics is not always taught effectively in our public schools, anymore).  Except in rare cases, a President cannot do anything if Congress stands in the way.

Since the day he took office, Congress has blocked President Obama at almost every turn. Senator Mitch McConnell infamously announced the GOP’s intention to make Obama a “one-term president.”

That hasn’t been the worst of it. As an African-American with a non-European name, President Obama’s very presence in the Oval Office has brought out the ugly, egregious racism and ignorance that continues to run in the undercurrents of U.S. society. His citizenship and his patriotism has been repeatedly questioned and attacked in the mainstream corporate media – the same media that bowed down and practically worshiped George W. Bush, arguably the worst President since Warren Harding.

This is a good place to start in examining the Obama Administration’s record – particularly in light of the grinding opposition that he has had to face.

We’ll begin with the GOP’s biggest issue: federal spending. It is no secret that fiscally, the Administration of George W. Bush was an unmitigated disaster. When President Obama took office in January 2009, he inherited what amounted to a $1.4 trillion deficit. Since that time, the Obama Administration has managed to cut that figure by almost two-thirds, to $492 billion. Over the same period, GDP growth went from -5.4% to +3.5%.

Now, let’s consider the almighty stock market, generally regarded to be a measure of a nation’s economic health (a questionable claim – though it certainly measures the economic well-being of the elite). When George W. Bush left office in the wake of Stock Market Crash II, the Dow Jones Industrial Average (DJIA) stood at just under 8,000 – having fell from its dizzy heights of 14,000 in October of 2007. Today, that number stands at over 17,500.

Obviously, the economic elites of this country have very little to complain about. But even those who actually work at producing tangible goods and real services for society have benefited. Under Bush II, there was a net loss of private sector jobs of 462,000. Under President Obama there has been a net gain of more than eight million. The unemployment rate is now at 5%. It was at 7.8% when Bush II left office. Not bad for a President whose policies have been labeled by the right wing as “job killers.”

Finally, let’s look at the centerpiece of the Obama Administration’s accomplishments: the Affordable Care Act. For decades, rising health care costs and the control of U.S. health care by greed-driven, bottom-line private corporations had literally been killing Americans. These people died for no other reason than an inability to afford the medical attention they needed. Insurers routinely dropped customers if they contracted a “catastrophic disease,” or denied coverage because of “pre-existing conditions.” Huge amounts of health care dollars went directly into the pockets of overpaid CEOs and corporate shareholders instead of actual medical services. Millions more were driven into bankruptcy by medical bills that nobody else in the industrialized world would be expected to pay. It was a travesty that made the U.S. a target of scorn and pity among nations who have long guaranteed their citizens the right to health care.

The ACA, derisively labeled as “Obamacare,” wasn’t the public option nor the single payer system that Progressives had pushed for. It kept profit-driven private insurers in the drivers’ seat. Arguably, people are still falling through the cracks, particularly in “red” states that have refused to create exchanges or expand Medicaid. Nonetheless, as of this year, 90% of Americans now have affordable health coverage. They can no longer be denied that coverage because of “pre-existing conditions” or dropped because the cost of their treatment is cutting into some private health insurer’s bottom line. Before the ACA went into effect, approximately 18% of Americans lacked any health care coverage at all – and many more were struggling to afford extortion-level insurance payments, with no guarantee that they would actually be covered, should the need arise.

These are just the major accomplishments of the Obama Administration over the past seven years. These battles were won despite a recalcitrant Congress determined to destroy him with lies and unfounded accusations, a GOP hell-bent on dismantling the ACA and rolling back any policy that would benefit the 98%, and a prostituted corporate media with the sole mission of destroying President Obama with more lies and distortions, whipping up racist hysteria among ignorant rednecks and other bigots.

Barack Hussein Obama may not have been everything that Progressives wanted and expected him to be. Nonetheless, he still compares favorably with one of America’s most beloved executives, President Franklin D. Roosevelt. Furthermore, while F.D.R. was forced to deal with the worst economic disaster and the most dire national emergency in U.S. history, he never had to deal with relentless corporate media attacks and race-based hatred. Given that President Obama has had to overcome these obstacles, facing his opposition with grace and  finesse (let’s just say it – Mr. Obama has class), it’s a good bet that future historians will place our current President alongside  John F. Kennedy, Franklin Roosevelt, Theodore Roosevelt and Abraham Lincoln.

None of those men were perfect, by any means – and neither is President Obama. But all things considered, he deserves to be remembered by future historians as one of the greatest executives to sit in the Oval Office.