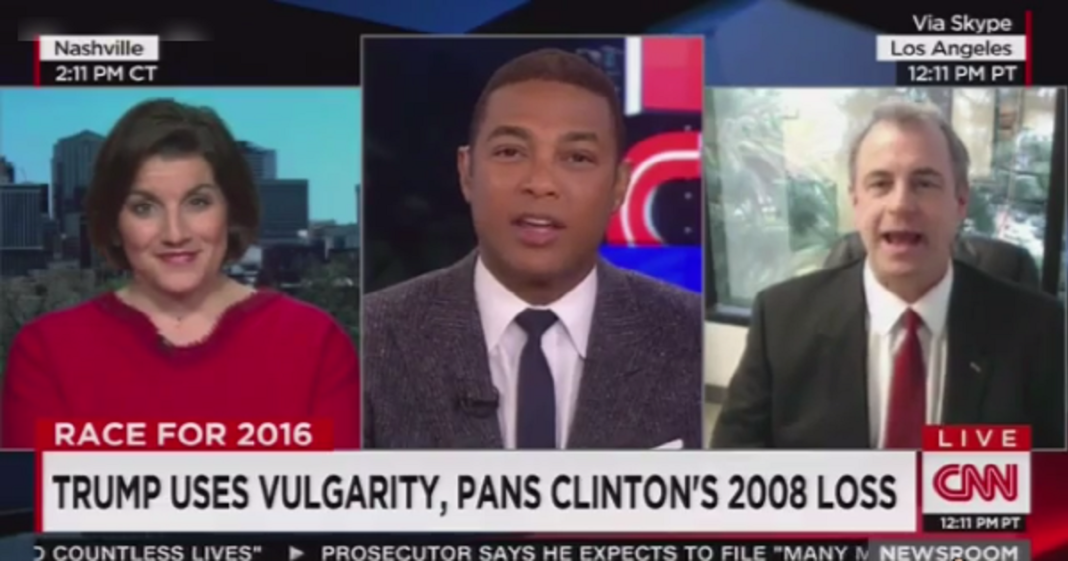 In the Republican party, its very often a situation of monkey see, monkey do, which is exactly what happened on CNN recently when commentator Kurt Schlichter took a page from old Trump’s book in order to distract from legitimate criticism of Donald Trump to instead talk about “serial sexual harasser” Bill Clinton.

Throughout this election cycle, whenever a criticism of presidential candidate Donald Trump arises, Trump almost always resorts to personal attacks in an effort to discredit his attacker, whether their criticism is legitimate or not.

Say Trump is a bigot based on his bigoted comments? Trump will ridicule your stock prices, or the success of your company.

Say Trump is out of control in the party? Trump will mock your polling numbers and accuse you of embarrassing your family.

By deflecting, Trump appears to be the one in control, and turns the conversation back around on the person bringing about the (almost always) legitimate criticism.

Trump may be able to get away with it, but host Don Lemon doesn’t let this guest do the same and he cuts the live feed after Schlichter says one too many stupid things.