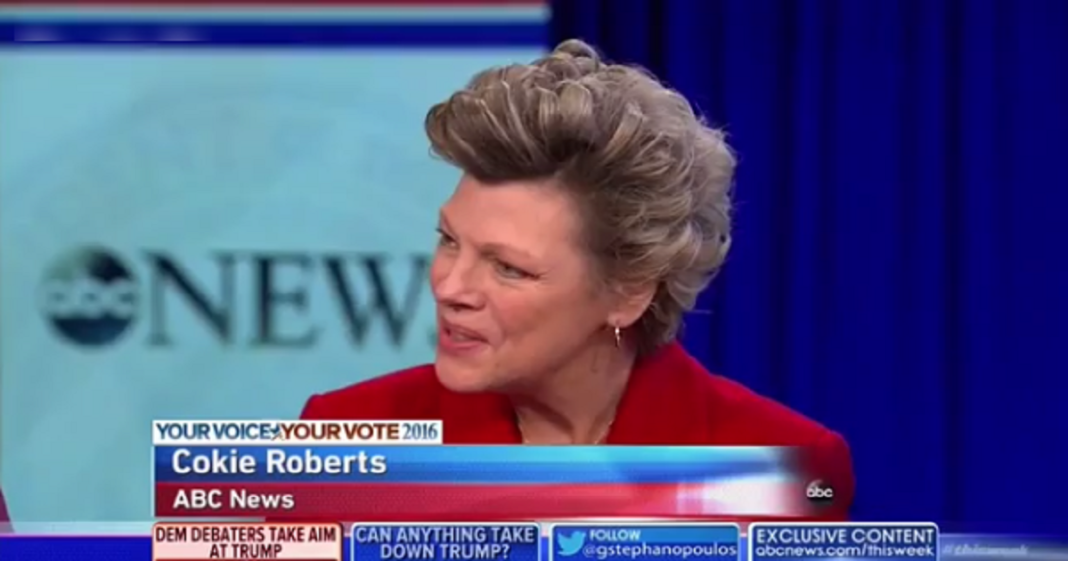 During an interview with ABC’s George Stephanopoulos, commentator Cokie Roberts soundly condemned Bernie Sanders chances at winning an election because he was a “74 year old Democratic Socialist who is too far to the Left to win a general election.”

Roberts is clearly failing to take in the current social climate which is dominating the political discussion here in America. We are guessing Roberts wasn’t listening when Bernie outlined what his specific brand of Democratic Socialism is, offering it up in common sense terms which appealed to many Democrat voters who have felt for a long time that their party has skewed much too far to the right.

Cokie may be okay with Hillary as the default Democrat, but those of us who know better know that we can do much better than a wall street darling. Corporate media may continue to reinforce the narrative that Hillary is the only choice, but hope still remains for the dogged underdog.