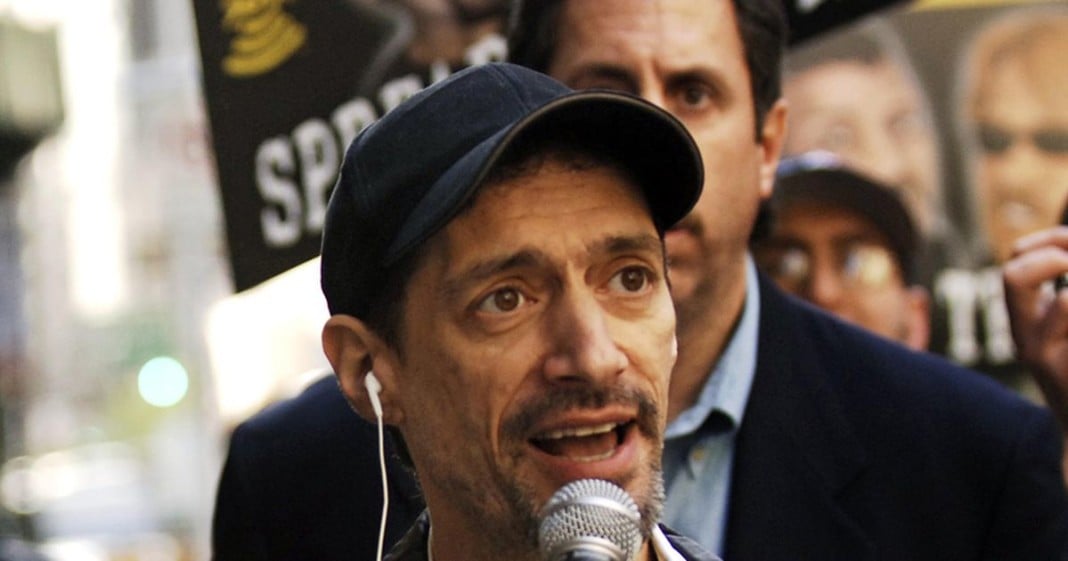 Anthony Cumia, former shock jock of “Opie and Anthony” on Sirius XM has been charged with strangulation and assault against his girlfriend in his home on Saturday.

The woman live-streamed part of the incident, brandishing a heavily bruised hand that she claimed Cumia broke. The two yell at one another, the woman telling Cumia to stay away from her and claiming that he prevented her from calling the police.

Cumia, who was recently removed from Sirius XM after a slew of racist tweets, is a long-time gun rights advocate who has been interviewed by The Blaze and Fox News many times.

Cumia and his lawyer deny the charges saying, “Mr. Cumia emphatically denies the allegations brought against him, and is optimistic that when the truth comes out, he will be exonerated.”

Cumia was released after his arrest without bail.

You can read more about this story at CNN.