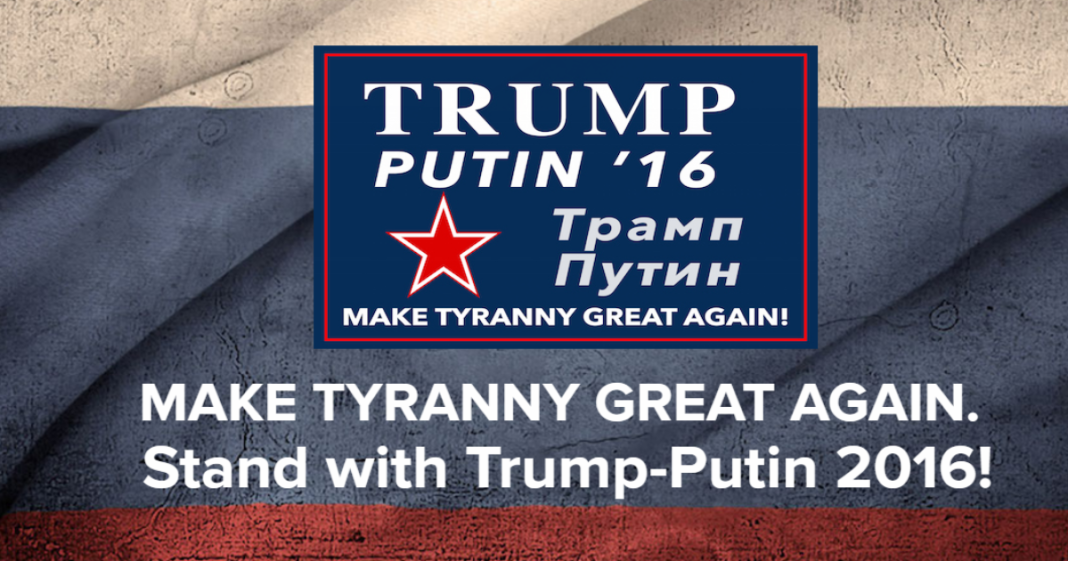 The feud between Presidential Candidates Governor John Kasich and Donald Trump has become one for the record books as the two have bitterly argued via Twitter and other media sources for months.

Trump has constantly attacked Kasich for his “terrible debate skills” and his polling numbers, while Kasich has gone after Trump for his Fascist views.

The latest attack comes from Kasich who seems to have taken the feud to an entirely different level with a smear campaign which indicates that Trump has brought on Russian President Vladamir Putin as his 2016 running mate.

The website Kasich created, Trump-Putin2016, features the headline “Make Tyranny Great Again!” along with a mock news segment which announces the pairing, using real clips of both men fawning over one another.

While Kasich’s latest actions come across a bit petty, we applaud the spirit of his effort and hope that the feud never ends.