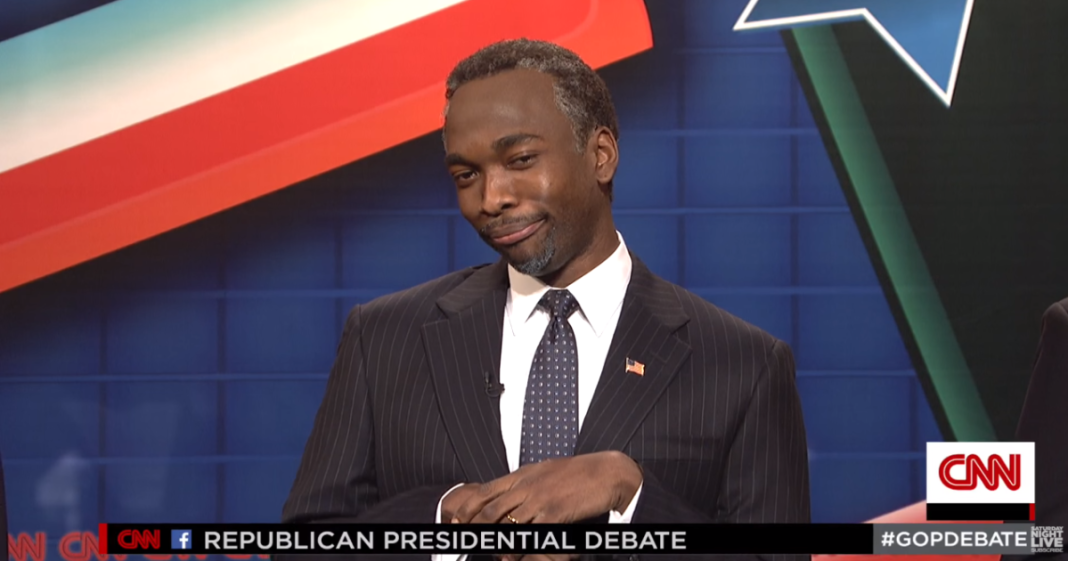 It’s surprising that “Saturday Night Live” even has anything to work with from the GOP candidate pool as reality is almost more comedic than anything the writers could conjure, and yet they managed to hit it on the nose with this hilarious sketch roundly making fun of every single candidate.

There’s the Carson impression we’ve all come to know and love, spouting his lines about being furious and wide awake. There’s Cruz announcing that he has the most punchable face. Even Rand Paul gets his lumps as he is confused for an audience member by the moderator.

Probably the most hilarious impression is Jeb Bush who tries to gather his courage in an attempt to take down the bully Trump who accuses him of being a girl and sitting down to pee.

No matter which GOP candidate is your favorite one to hate, there is an amazing impression for you and the last line of the sketch will have you agreeing with the “GOP” for the first time in years.