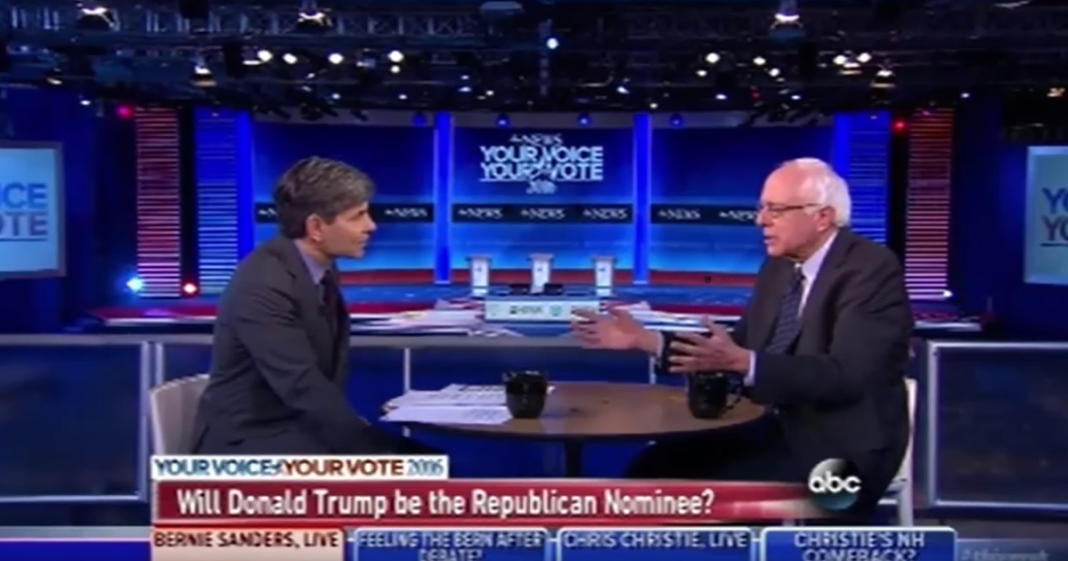 So far in the race, Senator Bernie Sanders has mostly stayed out of the GOP circus, choosing not to attack the other side of the aisle. While this is admirable, it has not been winning any ratings or polling points.

Sanders has finally come out against Donald Trump, accusing him of being a “pathological liar” and resorting to the lowest and easiest tactic to appeal to American’s fears.

“What somebody like a Donald Trump is doing, is playing on the fears and anxieties of the American public. And people are afraid. They’re afraid of terrorism, rightfully so. They’re anxious about an economy in which the middle class is disappearing, we’re seeing massive examples of income and wealth inequality, people are worried about the future for their kids. These are legitimate fears. So instead of having a rational discussion about how we rebuild the middle class, how we deal with Wall Street, how we have a tax system in which the wealthy and powerful start paying their fair share of taxes what Trump is saying is, ‘It’s all the Muslims fault. It’s all the Mexicans fault.’”

Sanders then goes on to say that Trump uses these tactics to distract Americans from the real enemy: A low minimum wage, a ruling class of the top 1%, and Wall Street executives enforcing the status quo.

Throughout his entire campaign, Bernie has made it clear that change in politics cannot be managed by one presidential personality; it will take a revolution, as he says. By calling out Trump, he is reasserting his idea that resorting to cheap tactics and band-aid fixes will not bring about any sort of change in America.

Lets hope that we see more of this new Sanders.