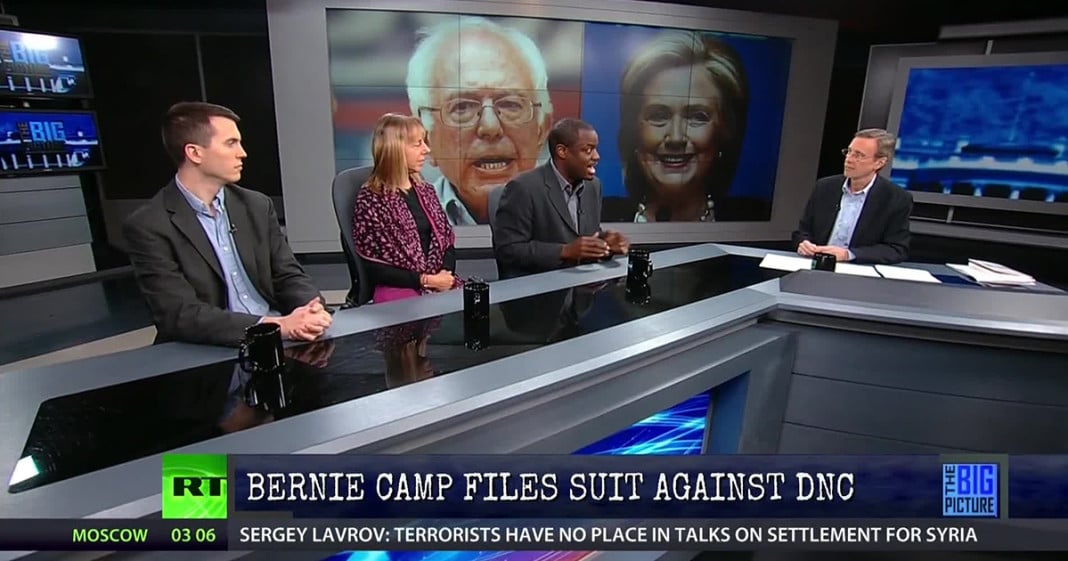 So – is this evidence that the DNC is trying to undermine the Bernie Sanders campaign? If the Clinton campaign had done the same thing – would they be punished the same way? Plus – Reporters for the Democratic debate were told to dress warm – they would be standing on an ice rink. Wow…. Hughey P. Newsome, The Objective Citizen/Move-On-Up & Medea Benjamin, Global Exchange/CODEPINK/Drone Warfare & Scott Greer, The Daily Caller all join Thom. – Thom Hartmann’s Big Picture