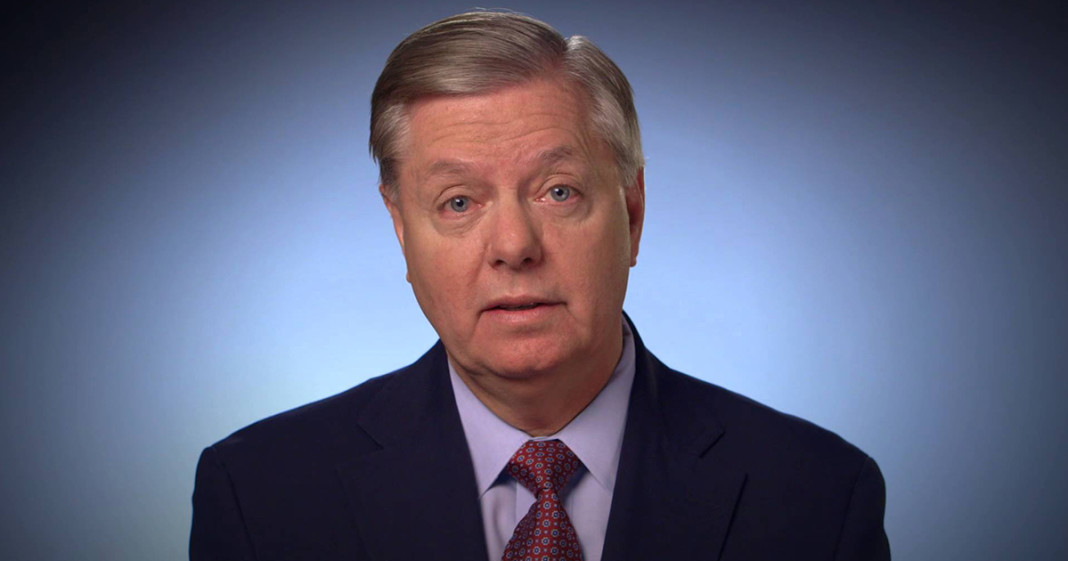 On Monday, Lindsey Graham announced that he is suspending his bid for the 2016 presidential race, ending his pathetic and hawkish run.

“Today, I’m suspending my campaign for president,” said Graham, in a video available online. “I believe we have run a campaign you can be proud of. We put forward bold and practical solutions to big problems like retiring our debt and fixing a broken immigration system. This has been a problem solver’s campaign.”

According to Graham, one of the most important aspects of his campaign was his emphasis national security and fighting to defeat ISIS/ISIL. Graham was determined to commit American troops to fight in Syria.

“Four months ago at the very first debate, I said that any candidate who did not understand that we need more American troops on the ground in Iraq and Syria to defeat ISIL was not ready to be commander in Chief. At that time, no one stepped forward to join me. Today, more of my fellow candidates have come to recognize this is what’s needed to secure our homeland,” said Graham.

Graham was never popular, even with his lunatic Republican constituents. He never climber higher than 2 percent support in national polls.

“My biggest problem is a lot of people like what I say, but not a lot of people hear it,” Graham said to CNN. “I don’t want to be the undercard voice. I cannot tell you how frustrating it has been to have spent all this time and effort preparing myself to be commander-in-chief and to be put at the ‘kiddie table’.”