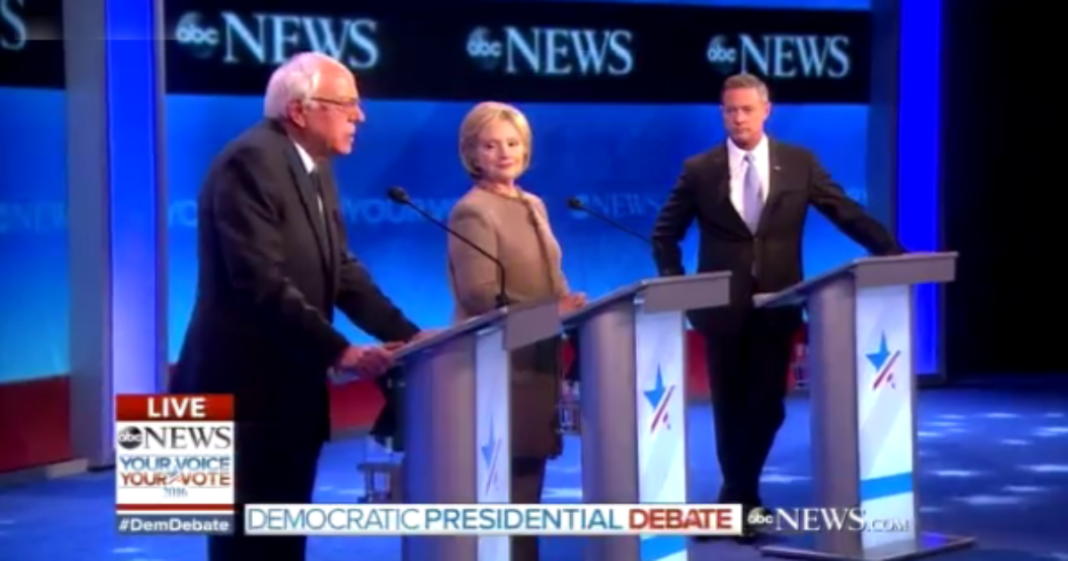 During Saturday night’s debate, Martin O’Malley came out swinging against more than just Hillary this time, doing his best to sling mud at both of his opponents, no matter whether the mud was deserved or not.

Senator Bernie Sanders was not ok with being accused of being spineless on gun control and made sure to correct O’Malley when he indicated that Bernie supported weak gun control in Washington.

O’Malley argued that Sanders was partially to blame for gun control loopholes.

We did our own rallies. And at least if we enact these laws in a prospective way, we can address a major vulnerability in our country. ISIL videos, ISIL training videos are telling lone wolves the easiest way to buy a combat assault weapon in America is at a gun show.’

And it’s because of the flip-flopping, political approach of Washington that both of my two colleagues on this stage have represented there for the last forty years.

Before O’Malley finished, though, the audience could hear Sanders shouting “Whoa.”

Sanders made it clear that he has a proven record of advocating for gun control, and that he even lost a seat in the house over his unwavering views.