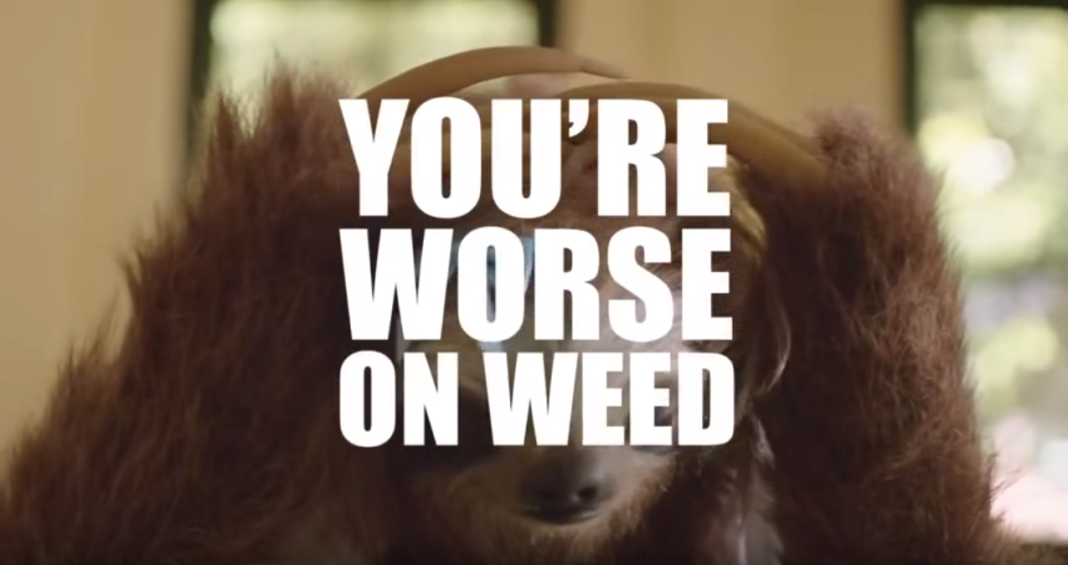 If you’ve sees the new series of anti-marijuana ads released last week in Australia, you would hope, surely, that they are just a joke.

They can’t seriously think that human-sized sloths stumbling their way through human activities like passing the salt at the dinner table would be any sort of effective deterrent to teens thinking of trying drugs.

And yet, they released the three videos with the “Stoner Sloth” theme, even making sure to feature one sloth-teen with a pretty bow on its furry head so that you know it’s a girl!

In another video, the sloth and his companion are holding red solo-like cups, a passive indication that while weed is a no-no, alcohol is an acceptable substance that doesn’t turn innocent teens into any sort of animal (Maybe it’s time for an ad campaign addressing that one. A vomiting honeybee or a laughs-too-much hyena? Or maybe a bonobo, for reasons).

Either way, the campaign has turned into a laughingstock on the internet. Check it out.

Watch our discussion on medical marijuana in the U.S..