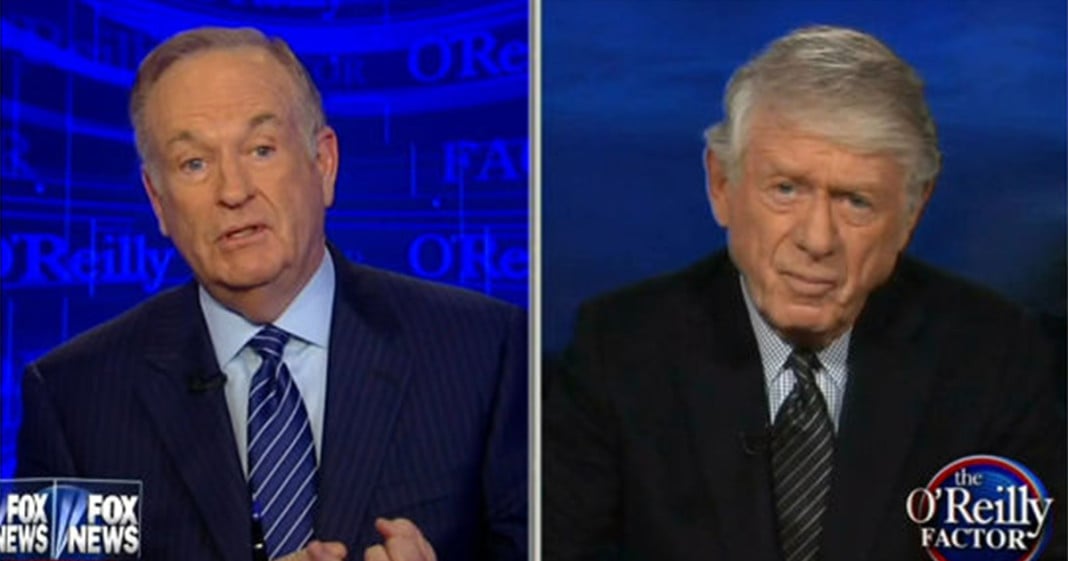 We here at Ring of Fire are not alone in our observation that Donald Trump is a fascist, even Ted Koppel holds a low view of Republican presidential front runner. During an interview with Fox News’ Bill O’Reilly, Koppel explained earlier comments he had made likening Trump to Benito Mussolini.

“Well, he’s got a lot more hair,” said Koppel of Trump. “But the fact of the matter is that he and Benito Mussolini have this sort of arrogant approach in which they say very little in terms of substance, but the manner in which they say it gets the crowds excited.”