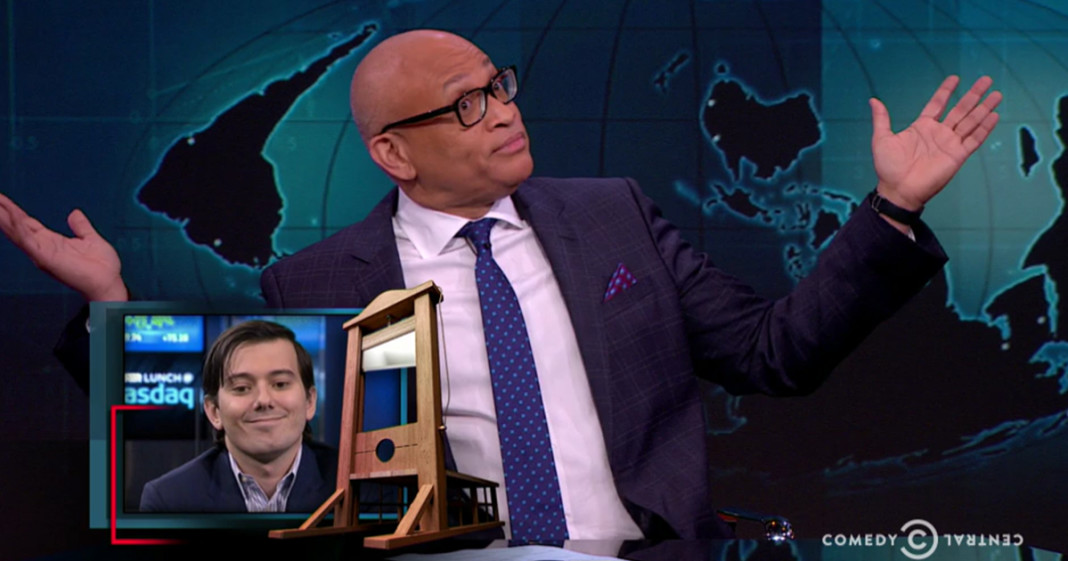 Larry Wilmore weighs in on the glory of Martin Shkreli’s arrest in a recent episode of the Nightly.

“Some people just need to die,” said Wilmore. “And it shouldn’t be the AIDS and cancer patients.”

Shkreli entered the public spotlight after his company, Turing Pharmaceuticals, raised the price of Daraprim, a drug for individuals with compromised immune systems as a result of AIDS or cancer by over 5,000% percent.

Shkreli was arrested for securities fraud last week and the entire world has rejoiced in the news.