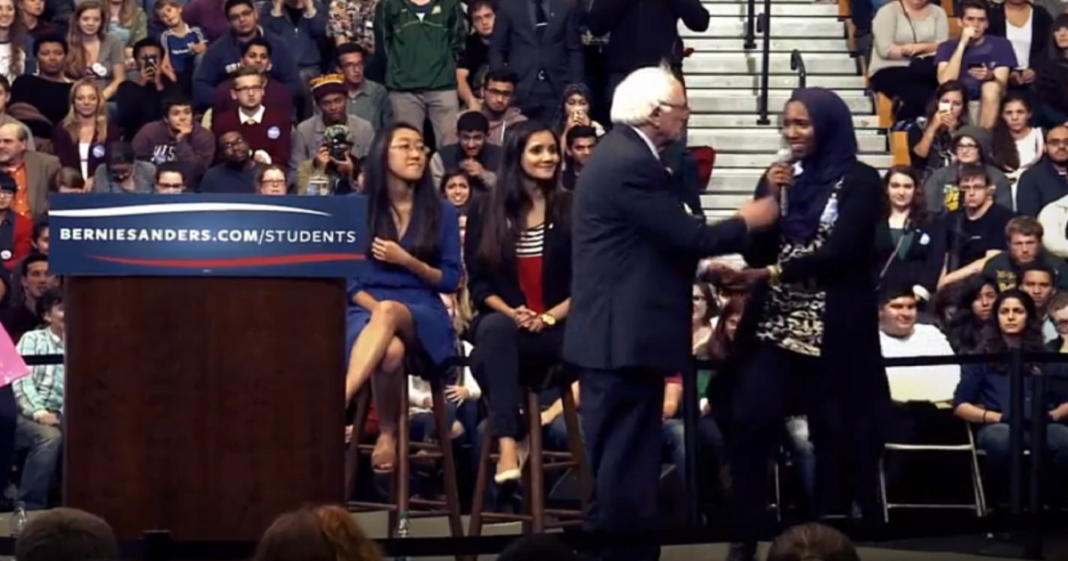 Wednesday afternoon, Senator Bernie Sanders posted a video onto his Twitter account which showed a young Muslim woman asking Sanders in a shaky voice what the senator thought of her belief that all people should be treated equally.

The video, captured at George Mason University during a National Student Town hall back in late October, shows Senator Sanders walking over and taking the hand of the young woman, leading her to the podium where Sanders reassured the woman and all of the young Americans in the room that under a Sanders presidency, blatant racism would not stand.

“my father’s family died in concentration camps,” Sanders began. “I will do everything that I can to rid this country of the ugly stain of racism. There is a lot of anger being generated against Muslims in this country and if we stand for anything, we have got to stand together to end all forms of racism, and I will lead that effort as president of the United States.”

If we stand for anything, we have got to stand together to end all forms of racism. https://t.co/lwjisIOY91