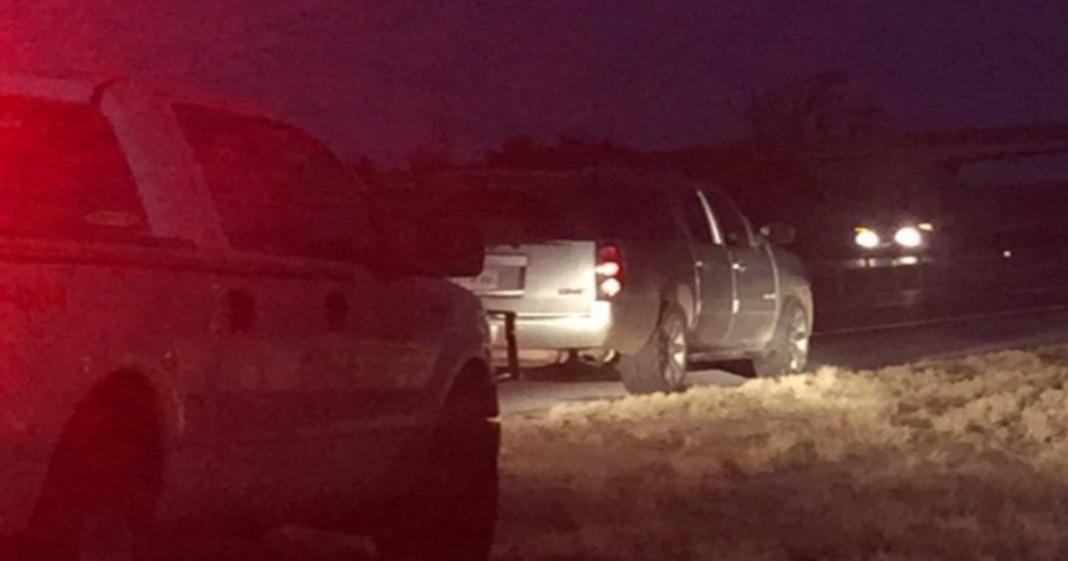 A man driving down Interstate 40 in Canadian County, Oklahoma killed two and put bullet holes in countless vehicles on Thursday in a shooting spree that lasted more than 10 miles.

The suspected gunman, Jeremy Doss Hardy was chased by police for 25 miles before being arrested.

The two victims who were killed were shot more than 10 miles apart, indicating that the gunman had been shooting at vehicles for at least that long. At least four other vehicles were shot at and bear the bullet holes.

Authorities believe that Hardy’s behavior was motivated by road rage, but that his targets were chosen “randomly.”

Authorities said that they intend to investigate the allegation of road rage, but clearly no case of road rage, a made up term used to describe the anger one may feel when dealing with traffic and bad drivers, justifies the senseless murder of two innocent people.

The simple fact is that Hardy would not have been able to easily kill two people he did not know while driving if he was not driving under the influence with a gun riding shotgun.