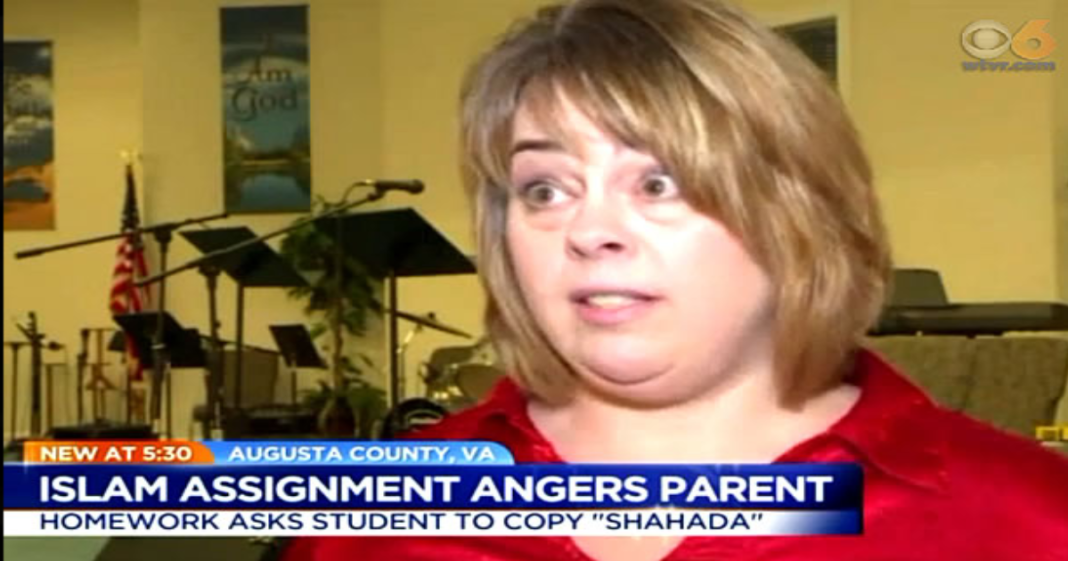 When Kimberly Herndon’s child came home with an assignment from his high school directing him to imitate a bit of Islamic script in an attempt to learn about the Islamic religion and calligraphy, Herndon lost her freaking mind.

This was the assignment Herndon’s child was given: 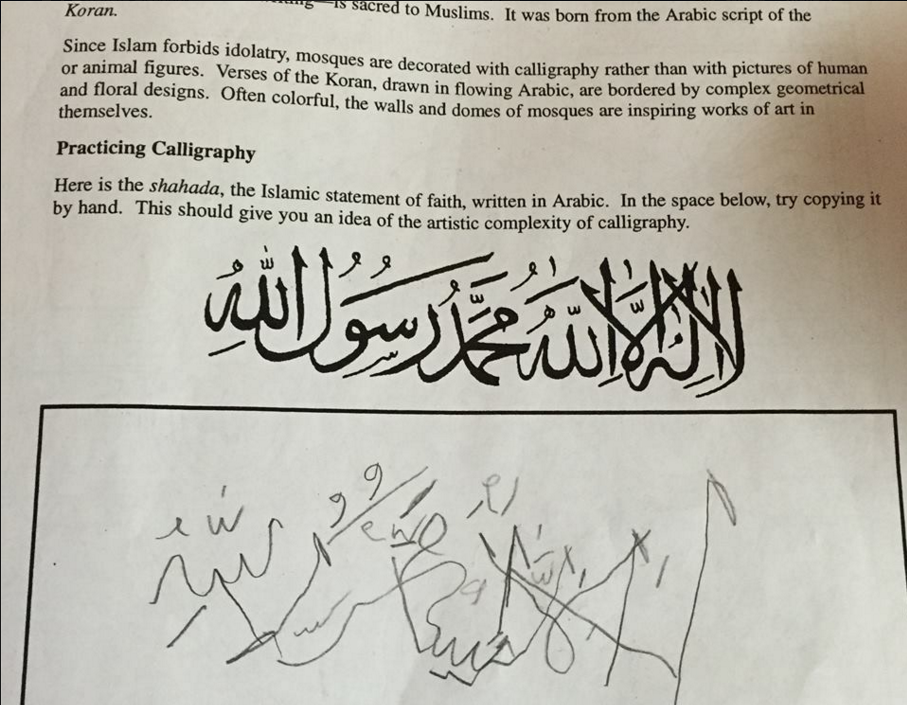 Herndon claims that the assignment was deceptive, and that the message, which translates according to her into “There is no god but Allah. Muhammad is the messenger of Allah,” was an attempt to lure the children into Satan’s grasp.

As a result of the hullabaloo that Herndon’s facebook advocacy and frequent posting, the school district has decided to close down all of the schools in the area in order to keep children safe. Translation? Angry, racist hicks from all over the country are calling the school, threatening violence and retribution for what is undoubtedly an isolated and innocent school exercise.

Herndon and an army of overreacting mothers in the town have since sprung into action, calling for meetings with the teacher and other administrators. Herndon is also accusing the teacher of bringing a Quran to school and passing it around, and also making the female students wear headdresses similar to those worn by some Muslim women.

Guess the only lesson that these children will be learning this Friday is that the Muslim religion is bad, evil, and even satanic. Merry Christmas!