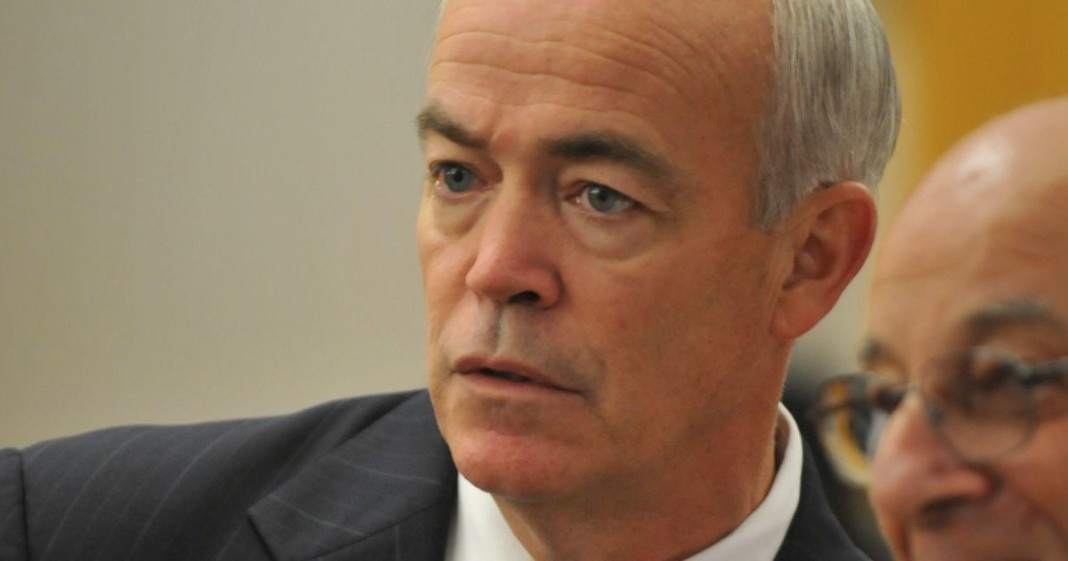 John C. Murphy, a Florida Supreme Court Judge, has been removed from the bench after he verbally threatened and then assaulted a public defender during a dispute in his court last year.

The video below is almost unbelievable. What seems to be a normal conversation between judge and public defender is tension-filled from the start. It is the judge, though, who brings the disagreement to the point of violence, telling the attorney that he wished he had a rock to throw at the man. Shortly after that he says,

“If you wanna fight, let’s go out back and I’ll just beat your ass.”

The attorney seems all-too-glad to do so and storms off screen, where the entire courtroom can hear the judge shout,

It is only fitting that the violent judge, who blamed his behavior on the death of his father and PTSD, be removed from his position, as he clearly has proven that he cannot handle the rigors of the courtroom.