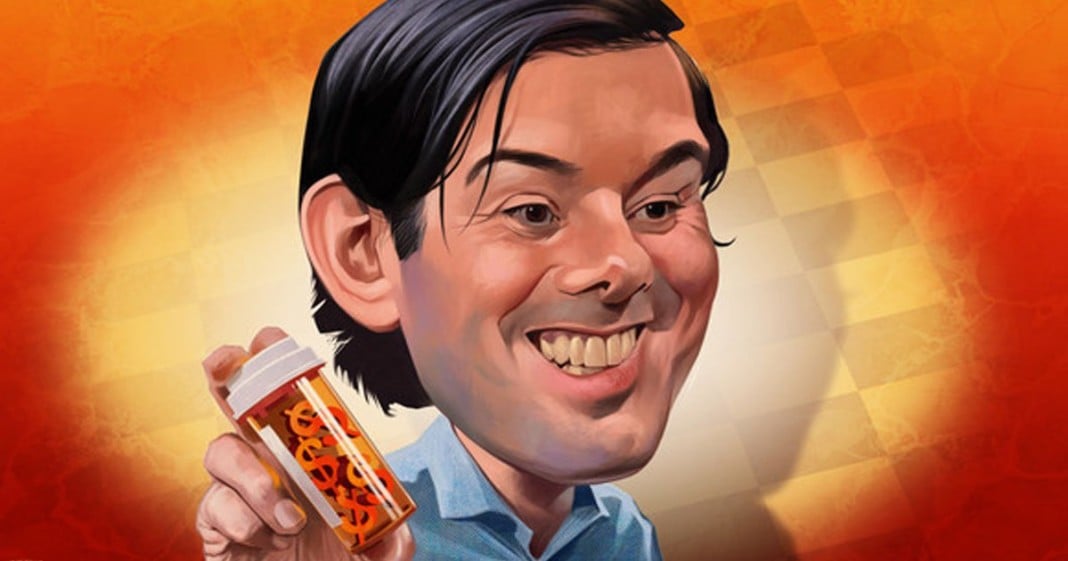 Sweet, sweet karma has come to visit elf-faced Martin Shrkreli in the form of an arrest by the FBI on Thursday after a federal investigation of his former hedge fund and pharma company turned up allegations of fraud.

By now everyone should be well-educated about what a horrible waste of space Martin Shkreli is.

In case you are unaware, Shrkreli is the guy who raised the price of HIV drug Daraprim from $13.50 per pill to anywhere between $750 to $900 per pill. After receiving a huge amount of criticism, Shrkreli agreed to lower the price, but didn’t, and then said he wished he had raised the price even higher. Then there was the time that Shrkreli donated money to Senator Bernie Sanders’ campaign; Sanders rejected the donation, instead sending the money to a health clinic in Washington. Shrkreli then challenged Sanders to a debate about healthcare which Bernie of course ignored.

The chickens are coming home to roost for this slimy little punk and we couldn’t be more happy about it.