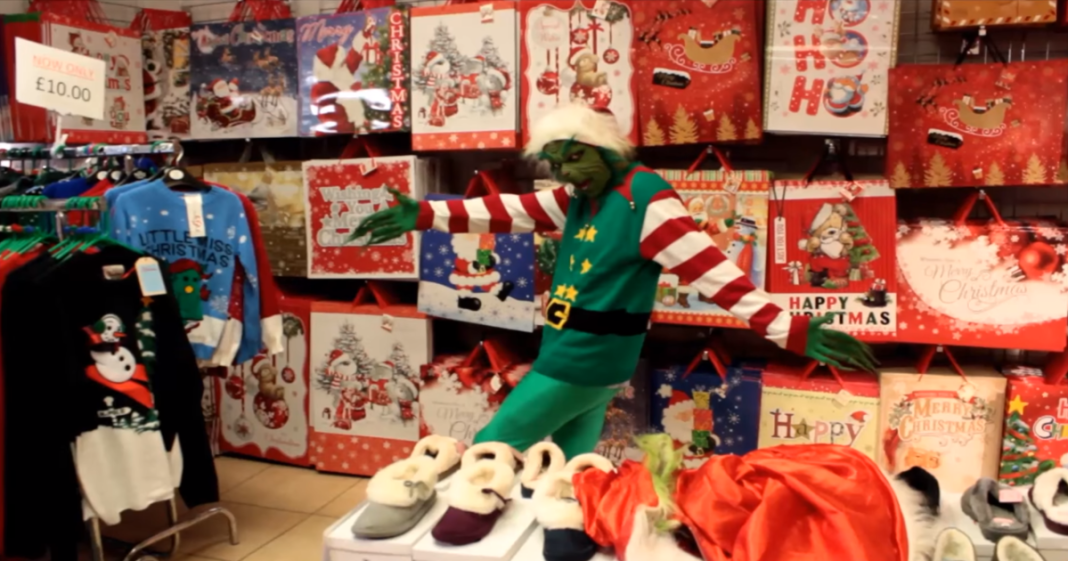 In Whitehaven, a small port town on the coast of Cumbria, England, a familiarly grumpy green Christmas character came to visit on a dreary winter day to bring joy to the residents.

The character, played by a man named Mark Bowes, has to be about the most accurate impression of the Grinch that anyone has ever seen. The green man with his upturned nose runs through the streets, switching between lighthearted insults and lady-killing pick up lines. It is clear that he is in charge, and no one is upset about it.

As the character skips into a shop to hit on an attractive woman, he looks back at another person in the store and says “You’re not a ‘who,’ you’re more like a ‘what’!”

The Grinch later leads a giggling woman around a store, pointing out the festive Christmas sweaters, eventually trying one on and giving a fashion-show quality performance.

Near the end of the video, the Grinch crashes a mens’ choir and is quickly chastised for refusing to sing the written musical notes.