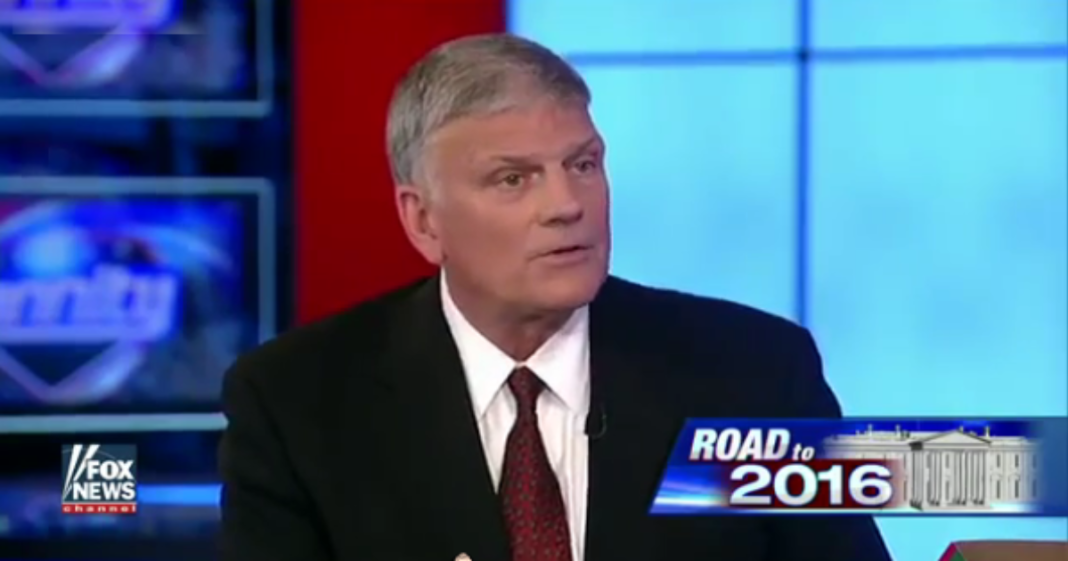 Sean Hannity brought Reverend Franklin Graham, son of famous Reverend Dr. Billy Graham, onto Fox News in order to discuss a puff piece about charity work Graham was involved in. In the middle of this promotion, though, Hannity asked Graham about comments he had made arguing that we should bar Muslims from entering the country.

Graham, who says that he and his church are heavily involved with aiding refugees fleeing across the boarder to Greece, claims that “mixed into” the many families leaving Syria, there many able-bodied, military-aged young men. Graham indicates that these men, risking their lives crossing waterways in flimsy boats, are possibly doing so in an effort to infiltrate the U.S. as ISIS soldiers.

Franklin’s father, Dr. Billy Graham was a minister with close ties to many Presidents, holding their religious convictions in the palm of his hand. Graham supported Martin Luther King Junior, bailing him out of jail when he was arrested for protesting. Unlike his son, Graham also urged peace in the middle east, making a clear distinction that America should not be at war with the entirety of Iraq, but rather the extremists in the regime.

Graham is destroying his father’s legacy.