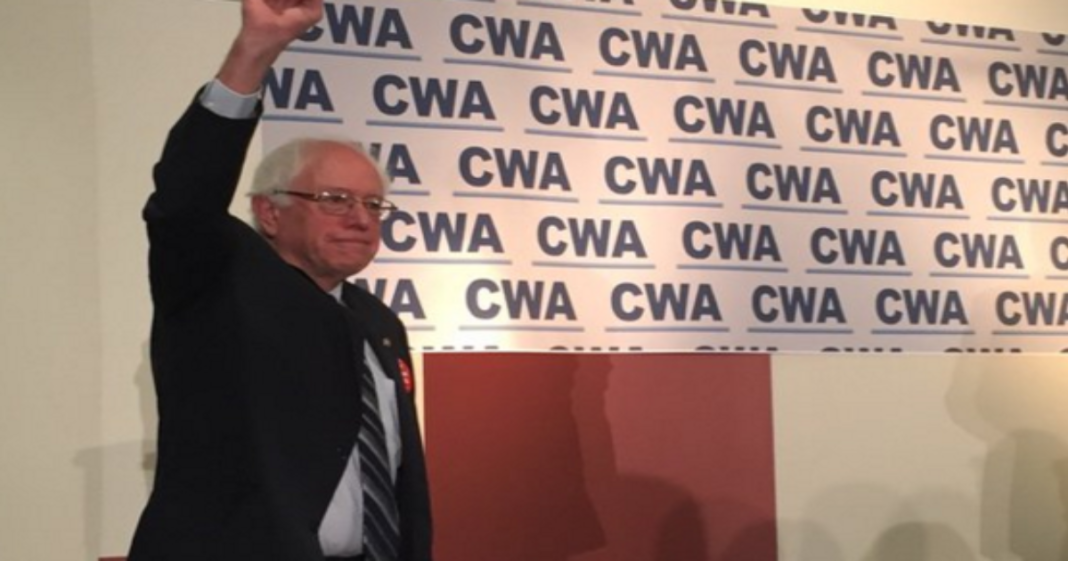 The Communications Workers of America (CWA), one of the largest unions in the U.S., has come out in support of Senator Bernie Sanders, offering their support in a key moment which could help to boost Sanders’ poll numbers as he works to win Iowa and New Hampshire.

The CWA with its 700,000 members carries behind it a hefty amount of support as the organization echoes the call for a revolution which has become Sanders’ battle cry.

CWA President Chris Shelton had this to say about the union’s endorsement:

“Bernie Sanders stands with working families against corporate greed, against Wall Street and the big banks, against politics as usual. He stands against the flood of money in politics that’s corrupting our democracy and attacking the right to vote. He knows that we have to take on the rich and powerful special interests to turn around this economy and end the 40 years of stagnant wages that working families have endured.

The CWA represents a vast majority of communicators in America, from telecommunications to media to higher education and public service. These are motivated individuals who plan to do more than endorse, they play to advocate for the senator.