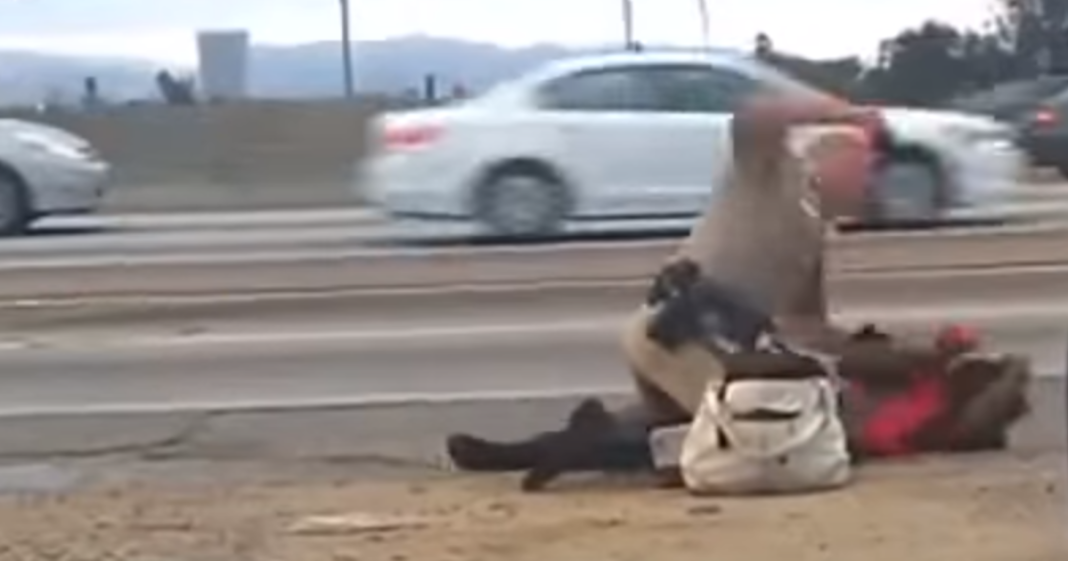 A cop in California who brutally beat a homeless woman on the side of the road has been cleared of criminal charges, with the district attorney saying that the video proves that it is “exceedingly clear” that the officer’s brutality was “within the law.”

If that is the law, then we need a legal overhaul as the brutal and unwarranted beating the officer inflicted upon the 57 year old woman was borderline homicidal.

It was later discovered that the cop faked medical records in the case, and as a result, he lost his badge. The woman was awarded $1.5 million for her injuries. And yet, the cop is allowed to go free.

Watch for yourself and decide if the beating the cop administered was “within the law.”