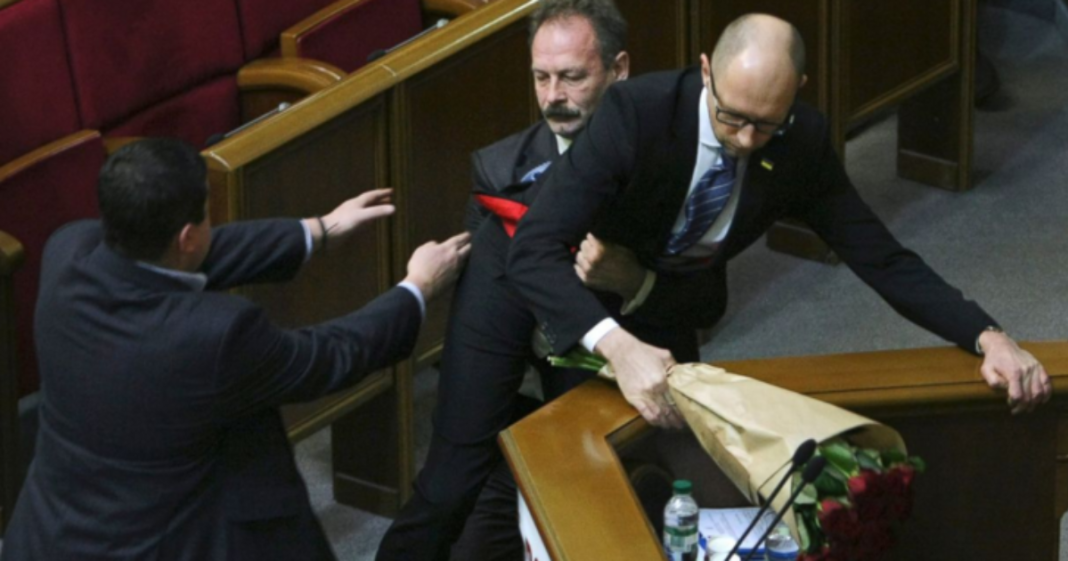 In the Ukrainian parliament last week, a fight broke out which rivals that of the daily verbal brawling in the U.S. house and senate.

The incident was a completely bizarre-o event as Prime Minister Arseniy Yatsenyuk was approached while speaking in parliament, given a bouquet of roses, and was lifted via his crotch by parliament member Oleh Barna. Several other politicians rushed to intervene and the Prime Minister was not harmed.

This laughable interaction makes you wonder about when the U.S. will start engaging in this type of fisticuffs in politics. With extreme right-wing groups like Teabaggers endorsing inhumane policies left and right, it’s nothing more than a complete surprise that the argument hasn’t yet turned violent.