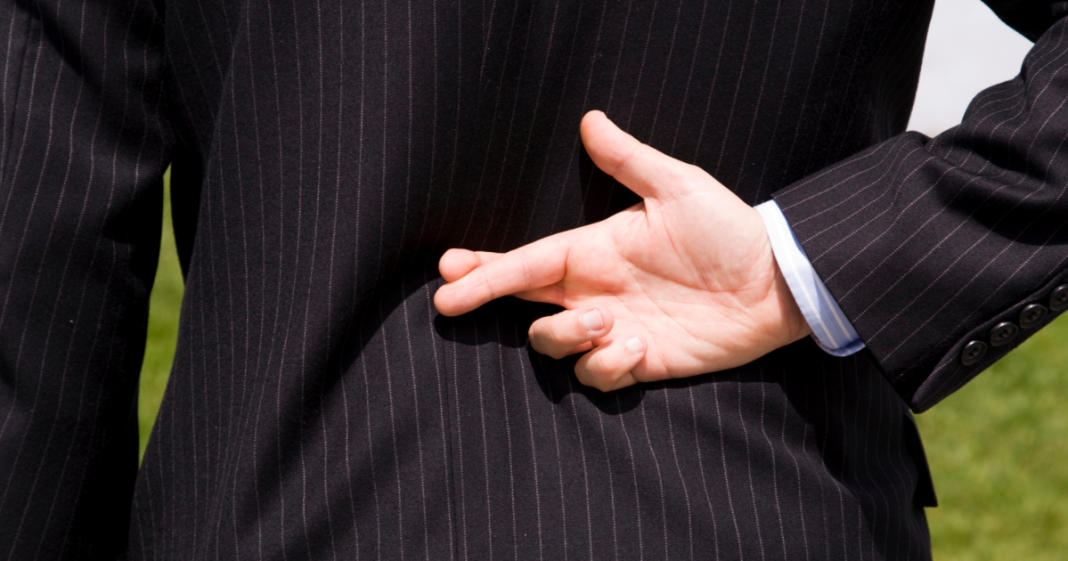 PolitiFact is a valuable contributor to American politics, putting the claims of politicians on both sides of the aisle to the test.

In a New York Times opinion piece from professional fact-checker Angie Drobnic Holan, she notes that Donald Trump and his cronies have taken “pants on fire” to a new level.

According to the chart below, out of the hundred or so statements that PolitiFact has checked from Donald Trump, only seven percent have been proven to be “true” or “mostly true.” Carson fares even worse at four percent.

If you compare that to the record of Bernie Sanders or Hillary Clinton, both of whom have been “true” or “mostly true” for over 50 percent of the time, it is a clear indication that one party values honesty and transparency more than the other.

We all knew it, but it’s nice to have a convenient infographic to pull out when Uncle Abner is ranting over the Christmas eggnog this holiday season. 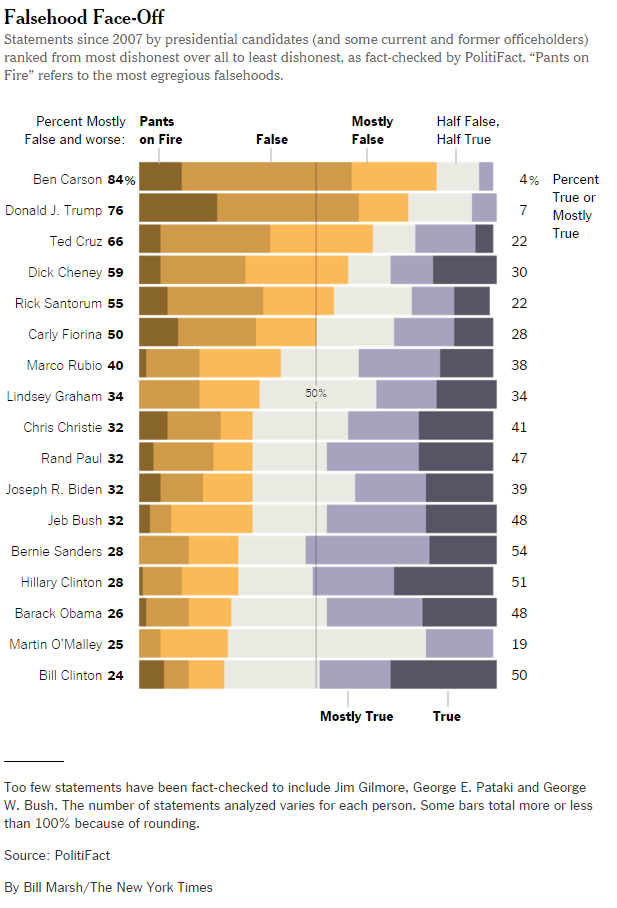