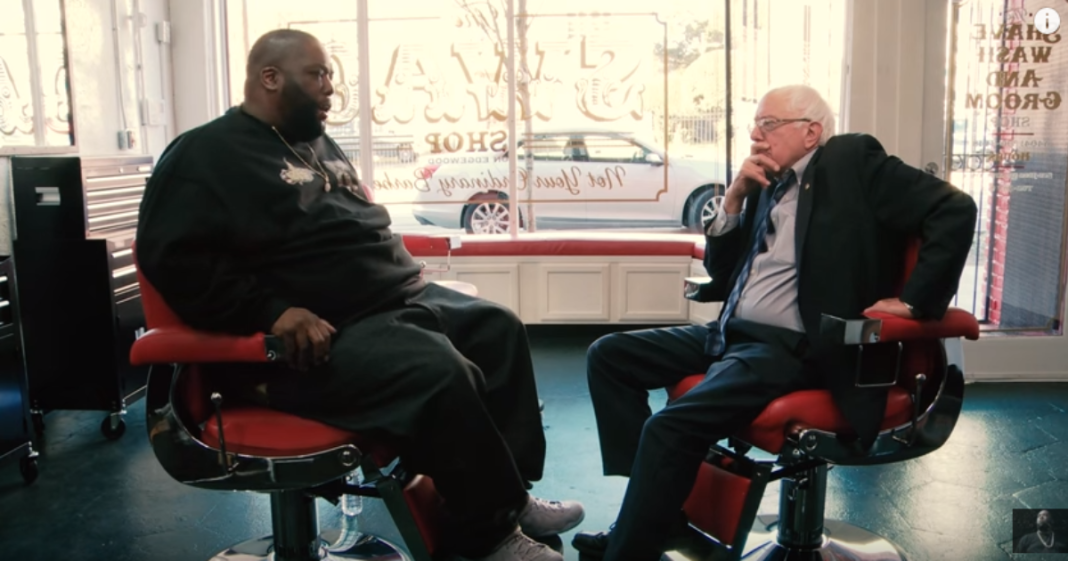 The full interview between Senator Bernie Sanders and Rap Artist and Atlanta-based activist Killer Mike from back in November was released on Tuesday, revealing an incredibly intelligent and poignant conversation that taps into voter apathy and minority disadvantages on a completely new level.

Senator Sanders sent a clear message to those who feel disillusioned by the political system that it is not okay to give up and maintain apathy in the face of a system you feel is failing; rather you must keep fighting, or else you doom both yourself and future generations to a broken and unchanged system.

“Obviously, the political system is decked on behalf of the wealthy, but that doesn’t mean you walk away from it! It means you engage and fight back”

After Killer Mike compared political apathy to a cancer patient accepting their prognosis and refusing to fight their disease, Bernie asked this poignant question.

“Mike, do you know why you don’t have the right to give up? How many kids you got?”

“So its not just about you, because if you give up, what happens to your four kids, what happens to my seven grandchildren? So you don’t have the moral responsibility. It’s not your life- its your kids life. So we gotta fight back.”