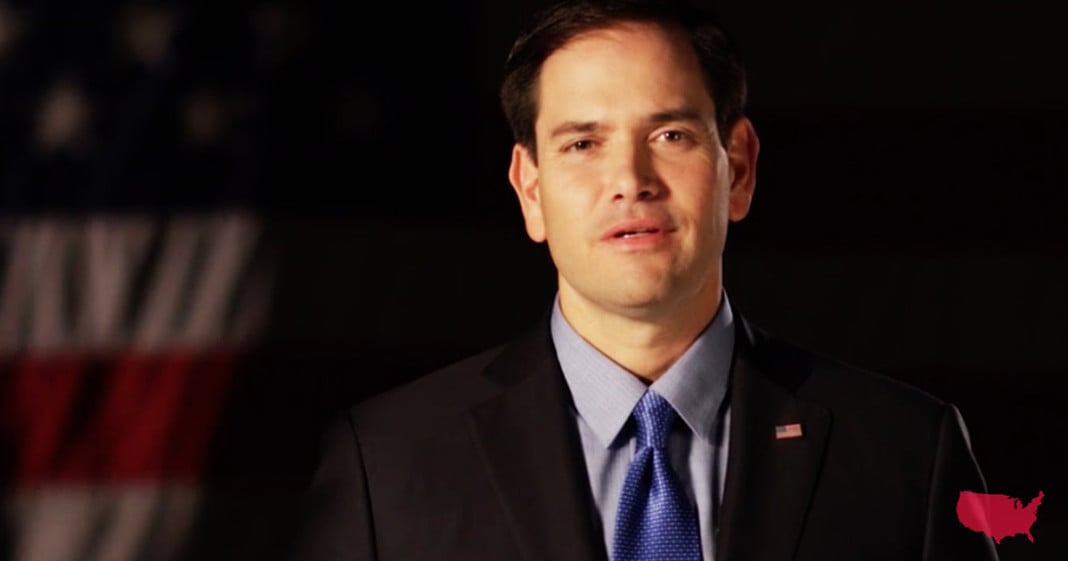 Marco Rubio’s campaign has just released its newest campaign advertisement and it is rife with all the the conservative buzzwords and fear that you would expect. The commercial is summed up best as just idiotic.

“This election is about the essence of America,” says Rubio. “About all of us who feel out of place in our own country.”

“A government incredibly out of touch, and millions with traditional values branded bigots and haters,” he says in the commercial.

“Traditional values” by which Rubio means xenophobia, a demented view of marriage equality, and a love for war–and guns.

“This is about the greatest country in the world — and acting like it,” he says.

The ad comes in right at 30 seconds and its impressive in how much it panders in that small amount of time.

Caitlyn Jenner’s Campaign Is Going Down In Flames