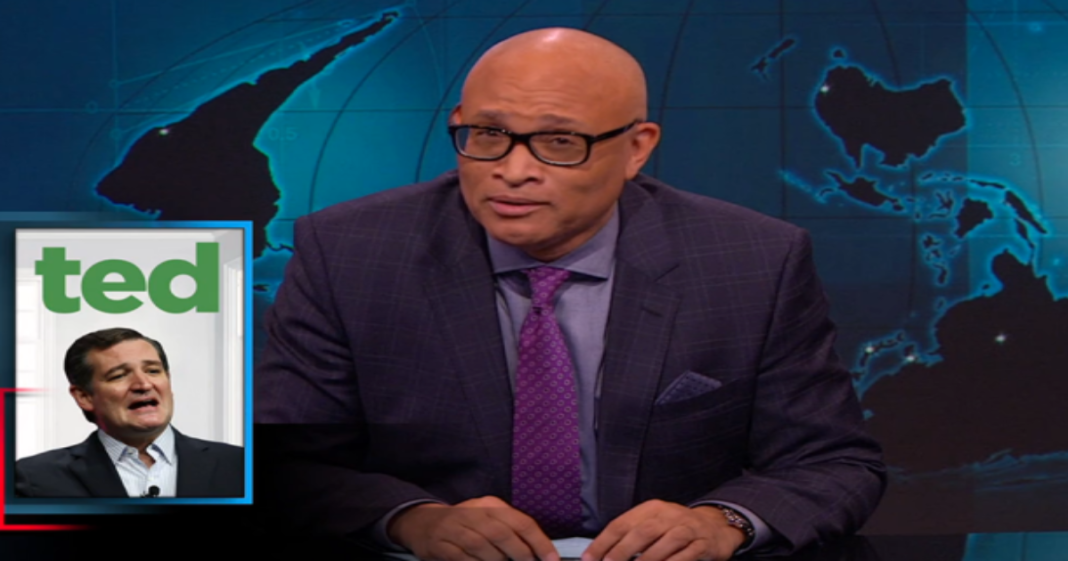 In the same episode of “The Nightly Show” which brought us the hilarious notion that the GOP is possessed by a demonic resurrection of Reagan, Larry Wilmore suggested that Ted Cruz’s stunt of cooking bacon on a burning-hot smoking gun at a gun range was the epitome of little man syndrome.

“Do you know how small your d*ck has to be for you to do something like that?” Wilmore asked.