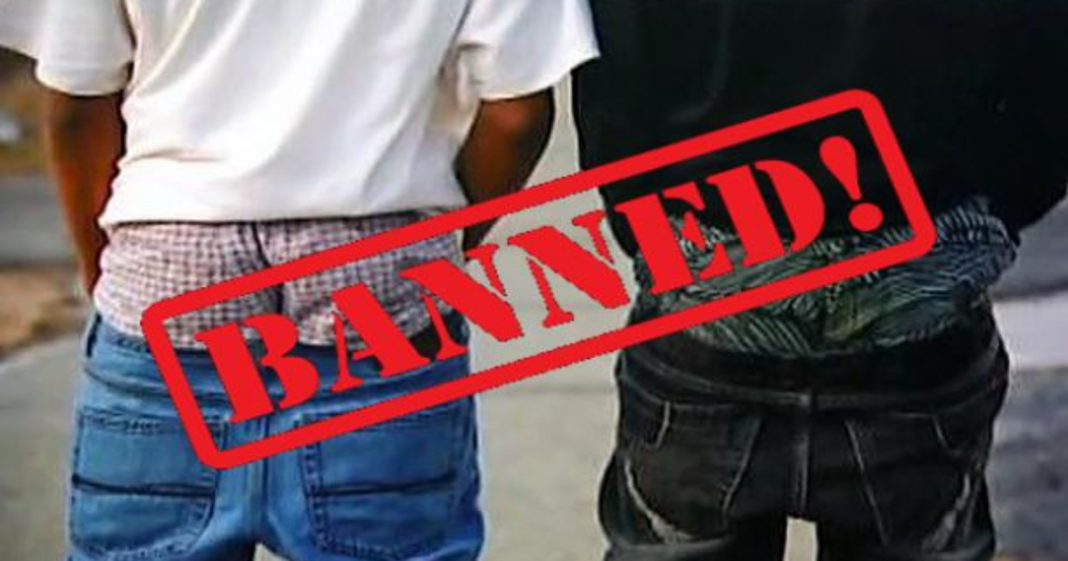 Two Tennessee high-school teens were thrown in jail, one for 48 hours, when they repeatedly violated their school’s dress code by sagging their jeans. Four students total were charged with “indecent exposure” and forced to pay court fines up up to $250 for their repeated dress code violations.

The school resource officer says that he warned the students repeatedly before taking police action, but does not say whether other localized punishments like detention or suspension were used before the teens were put in jail.

The teen who spent 48 hours in the local jail said he was placed with other inmates and had never been to jail before. He told CBS that he wasn’t sure how he was going to pay the hefty fine and court fees.

It is particularly disturbing because countless studies have proven that once a person goes to jail, they are much more likely to commit further crime and find themselves back in jail.

It is just ridiculous that a school rule, not a law of the land, is what resulted in these boys going to jail. How an officer can look at a pair of sagging pants and see it as a threat to society and grounds for criminal charges is clear indication that our police system is out of control. This issue should have been handled at the school level and these boys should never have had to endure a day in jail over a pair of loose pants.

You can read more about this story at The Huffington Post.