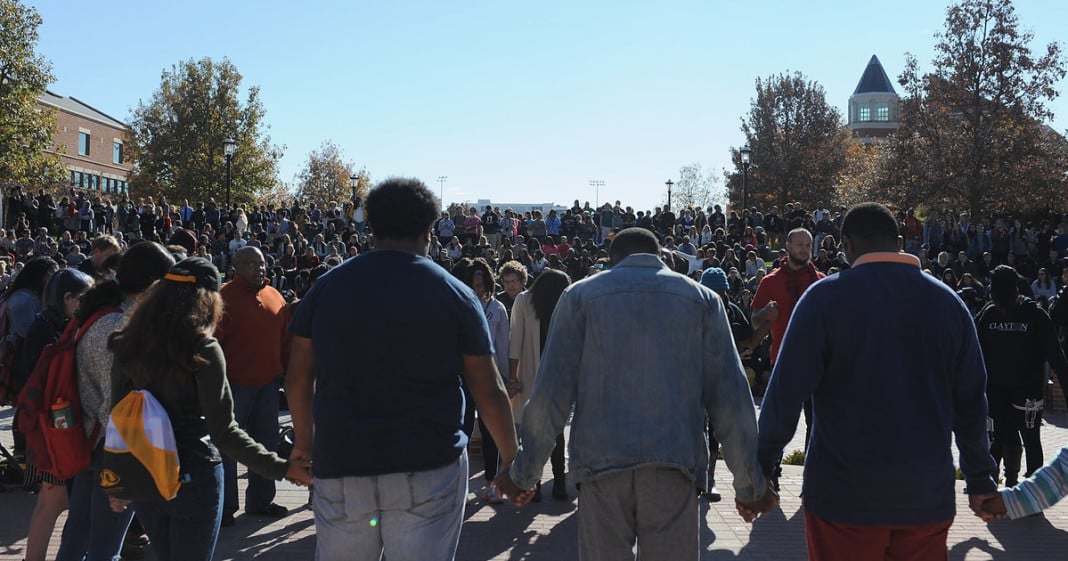 A bill has been proposed in Missouri by state representative Rick Brattin, which would take away any scholarships given to student athletes if they refuse to play for any non-health-related reasons.

This bill is a direct hit to Missouri University student athletes who recently ceased football activities for three days in solidarity with students calling for a change in administration.

Student athletes feel betrayed by this proposal, saying that the bill ignores the “student” in student athlete by refusing to allow them to do anything more than be a pawn in the university’s sports system.

Some have noted that the scholarships given to MU athletes are privately funded and therefore are not at all up to the whims of politicians.

Universities and other authoritative entities are always looking for ways to restrict individuals from striking against them, and this is just one loophole that lawmakers have found to prevent a class of people from exercising their constitutional rights.