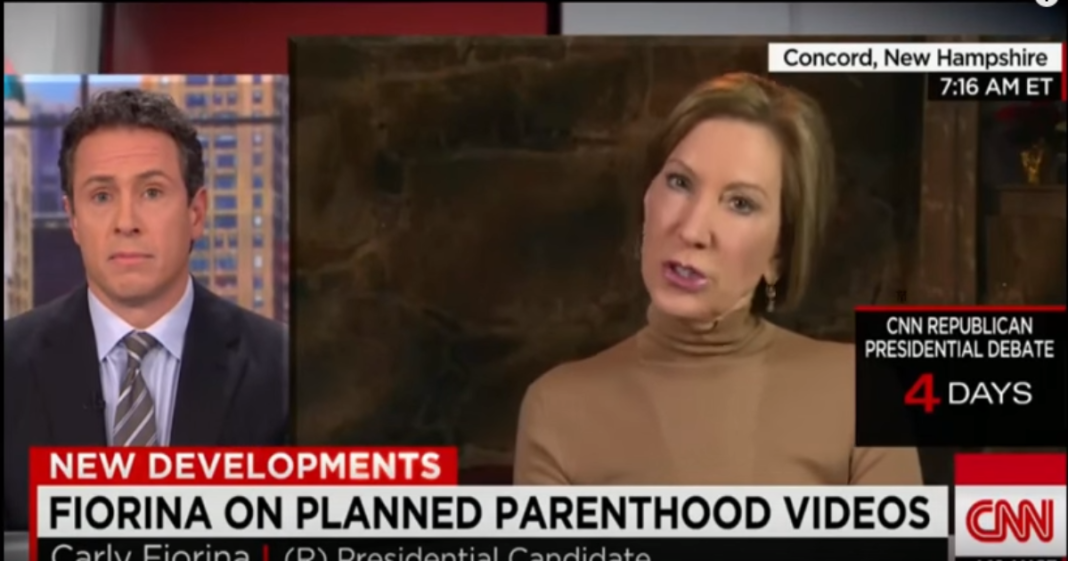 As Carly Fiorina continues to drop in the polls, she buckles down harder than ever on her make-and-break political foe Planned Parenthood.

CNN’s Chris Cuomo interviewed Carly Fiorina, practically accusing the presidential candidate of having a hand in the recent death of three people during the Colorado Springs shooting at a Planned Parenthood.

Fiorina jumped in the polls after drawing national attention to falsified Planned Parenthood videos which she claimed proved that Planned Parenthood was profiting from the sale of fetal tissue. The videos have since been debunked, with the creator admitting that the videos were completely falsified and misattributed to Planned Parenthood. Fiorina, though, continues to deny that her beloved videos are a lie.

“Look, what happened in Colorado was a terrible thing. This guy is a deranged murderer who should be put away for life, but that has nothing to do with the truth of what is going on in Planned Parenthood.”

Cuomo, who seemed determined to hold Fiorina to the vitriol she spread replied that “the question doesn’t go away — the videos were edited, you know that.”