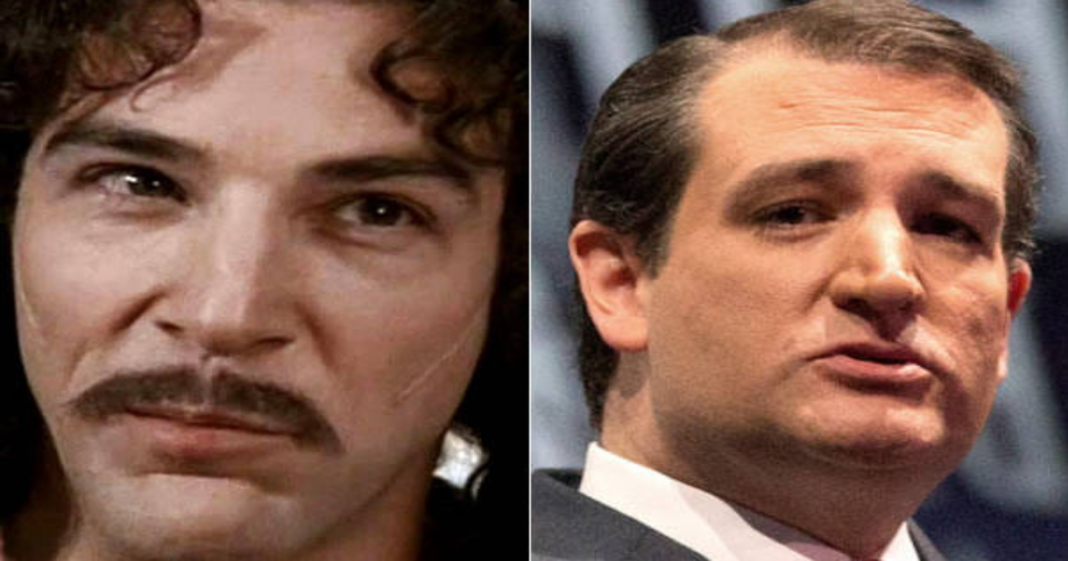 Ted Cruz loves to quote lines from his favorite movie “The Princess Bride” during campaign events, but the actor who played his oft-quoted Inigo Montoya, Mandy Patinkin, says that Cruz is using his character’s speech all wrong.

“Senator Cruz,” Patinkin said, “if you’re going to say those lines, you’ve got to say the other line, too.” That “other line” occurs after Montoya has fulfilled his self-imposed destiny to exact revenge on the six-fingered man who killed his father. “I have been in the revenge business so long,” Montyoa said, “now that it’s over, I don’t know what to do with the rest of my life.”

Patinkin urged Cruz and other divisive candidates to open their arms and hearts to refugees.