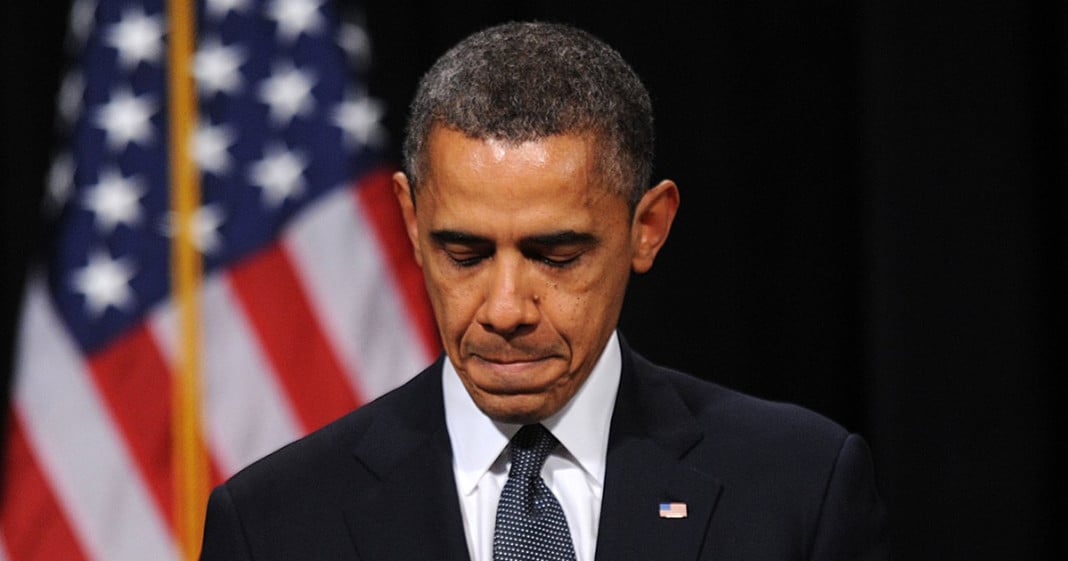 It has been three years since 26 people (including 20 children) were murdered at Sandy Hook Elementary School in a tragic mass shooting. The website Vox Populi recently posted excerpts from Joshua Dubois’s book The President’s Devotional. In the book, Dubois recounts the gripping truth behind Obama’s trip to Newtown, Connecticut after the shooting.

The president took a deep breath and steeled himself, and went into the first classroom. And what happened next I’ll never forget.

Person after person received an engulfing hug from our commander in chief. He’d say, “Tell me about your son. … Tell me about your daughter,” and then hold pictures of the lost beloved as their parents described favorite foods, television shows, and the sound of their laughter. For the younger siblings of those who had passed away–many of them two, three, or four years old, too young to understand it all–the president would grab them and toss them, laughing, up into the air, and then hand them a box of White House M&M’s, which were always kept close at hand. In each room, I saw his eyes water, but he did not break.

And then the entire scene would repeat–for hours. Over and over and over again, through well over a hundred relatives of the fallen, each one equally broken, wrecked by the loss. . . . We spent what felt like a lifetime in those classrooms, and every single person received the same tender treatment. The same hugs. The same looks, directly in their eyes. The same sincere offer of support and prayer.

The staff did the preparation work, but the comfort and healing were all on President Obama. I remember worrying about the toll it was taking on him. And of course, even a president’s comfort was woefully inadequate for these families in the face of this particularly unspeakable loss. But it became some small measure of love, on a weekend when evil reigned.

Understanding the president’s emotional state following this tragedy helps to explain why, in the wake of epidemic rates of mass shootings, the latest being in Oregon and San Bernardino, his rhetoric has become more and more angry.

In retrospect Sandy Hook marked the end of the US gun control debate. Once America decided killing children was bearable, it was over.

For more on this story, read: “Joshua Dubois: What the President secretly did at Sandy Hook Elementary School.”