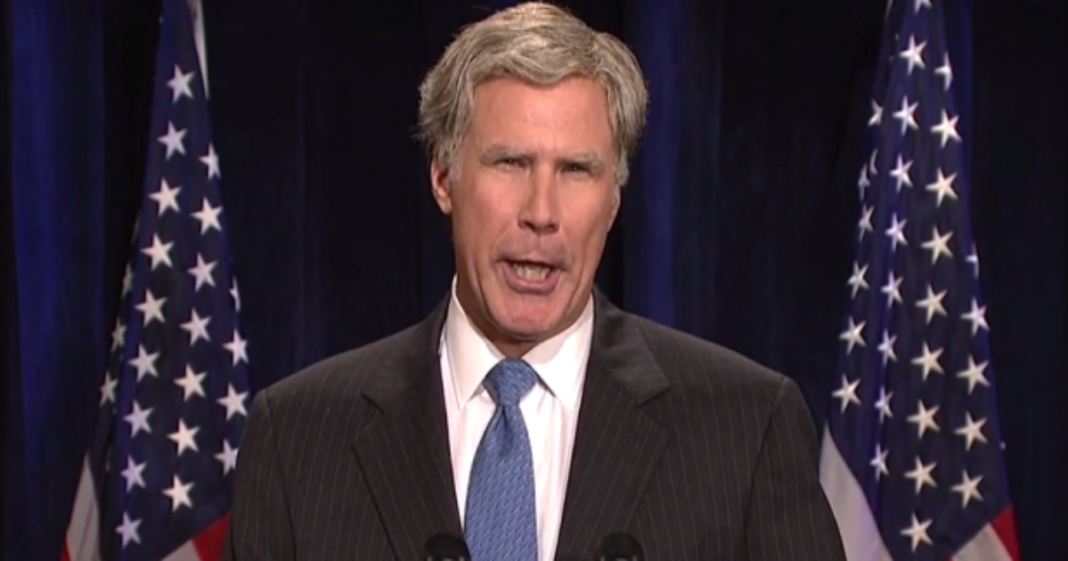 Will Ferrell returned to Saturday Night Live on Saturday to reprise his roll as George W. Bush. Ferrell announced that Bush was running for president in 2016 since he figured the current pool would make Americans miss ol’ 43.

Bush laughed hysterically at a funny picture of Donald Trump: “Whenever I get in a bad mood, I just picture his big orange Oompa Loompa face.”

Bush also jabbed at Rubio, Carson, Cruz, and even his little brother Jeb.

“Poor Jeb. You’ve got to admit: It’s a pretty good plot twist that I turned out to be the smart one.”